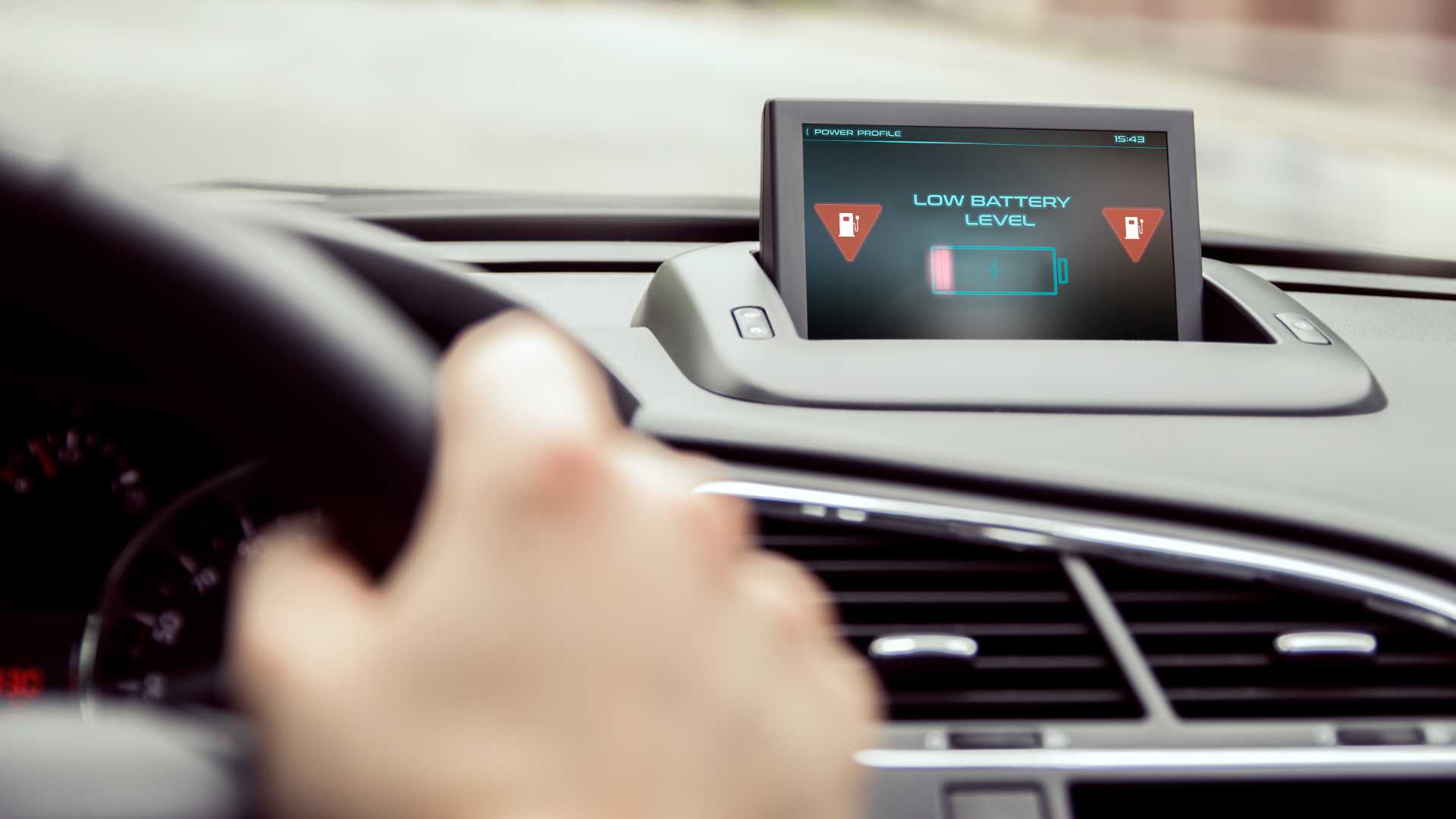 Contrary to what some people may mistakenly believe, here's the straight truth on plug-in vehicles.

For most consumers, electric vehicles are still the cars of the future. Yet with many new battery-powered rides scheduled for release in the coming years, the future is closer than many might believe.

Those who remain unschooled in the virtues of plug-in vehicles often hold onto dated and inaccurate perceptions of this particular vehicular genre. Here’s a quick look at 10 common misconceptions about electric cars that we’ve bathed in the bright light of reality.

1. EVs don’t have enough range. You can’t travel very far before running out of electricity.

Americans drive an average of 40 miles a day, according to the U.S. Department of Transportation. Even the shortest-range electric vehicles can travel more than twice that distance before needing to be tethered to the power grid. Among affordable EVs, the Nissan Leaf can run for an average 150 miles on a charge, while the Chevrolet Bolt EV ups the ante to 238 miles, and the full-electric version of the Hyundai Kona boasts an operating range of 258 miles. If you have deeper pockets, the top version of the Tesla Model 3 has 310-mile range, while its costlier sibling, the Model S maxes out at 335 miles on a charge. Tesla claims its new Roadster, expected in 2020, will be able to operate for 620 miles per charge.

Electric vehicles are, in fact, generally quicker than their gasoline-powered counterparts. That’s because an electric motor generates 100% of its available torque instantly. When the driver of an EV pushes down on the accelerator pedal, the transition from stationary to speed is almost instantaneous. In fact, the top version of the Tesla Model S, when engaged in its so-called “ludicrous” mode, is one of the quickest production cars in the world at any price, with a 0-60 mph time clocked at a sudden 2.5 seconds.

3. EVs are too expensive.

Though battery costs are expected to drop dramatically in the coming years, for the time being most EVs are premium priced, compared to similar gas-powered models. But most are still eligible for a one-time $7,500 federal tax credit granted to EV buyers that helps level the proverbial playing field. The exceptions here are Tesla models. That’s because the credits are scheduled to phase out during the calendar year after an automaker sells 200,000 full electric and/or plug-in hybrid models, which is a milestone Tesla reached during 2018. Credits on Tesla vehicles are now $3,750 for those being sold through June 30, 2019. The credit will then be reduced to just $1,875, and eliminated on December 31, 2019. General Motors is likewise hitting the 200,000-unit mark and will see its subsidies shrink over the course of 12 months beginning in 2019.

A few states offer their own subsidies to EV buyers. In Colorado, for example, they’re eligible for a $5,000 state income tax credit. California residents can get a cash rebate of between $2,500 and $4,500 from the state, depending on their income.

If you want to drive an EV but are on a tight budget consider a used model. Pre-owned EVs are cheap these days, thanks to a combination of factors, including limited demand and the aforementioned federal tax credit, which effectively and immediately slashes an EV’s resale value by $7,500. Also, pre-owned electric cars tend to be driven fewer miles than the norm, given their inherently limited ranges, which means they’ve typically endured less wear and tear.

Since they’re generally low-volume vehicles, neither the National Highway Traffic Safety Administration (NHTSA), nor the Insurance Institute for Highway Safety tests all EVs for their crashworthiness. However, where they are tested they generally get good marks. For example, the Chevrolet Bolt EV gets five out of five stars for occupant protection from NHTSA, as do the Tesla Model 3 and Model X (the Model S has yet to be tested).

As for concerns over EV batteries catching fire – perhaps even exploding – in a collision, they appear to be somewhat exaggerated. A recent in-depth investigation on the subject conducted by NHTSA concluded that the frequency and severity of fires and explosions from lithium ion battery systems are comparable to or perhaps slightly less than those for gasoline or diesel-powered models.

5. They’re not any “greener” than gas-powered autos.

Electric motors convert 75 percent of the chemical energy from the batteries to power the wheels. By comparison, internal combustion engines (ICEs) only convert 20 percent of the energy stored in gasoline. What’s more, EVs emit no direct tailpipe pollutants. Some argue they still pollute the atmosphere, at least indirectly, via the power plants that produce the electricity necessary to operate them.

EVs tend to fare best in this regard when charged in parts of California, New York, and the Pacific Northwest, where renewable energy resources are prevalent, and less so in central U.S. states like Colorado, Kansas and Missouri because of their greater dependence on fossil fuels to produce electricity. At that, a study conducted by the Union of Concerned Scientists concluded that EVs are generally responsible for less pollution than conventional vehicles in every region of the U.S.

6. Driving an EV won’t save money in operating costs, based on today’s gas prices.

Even with the cost to a gallon of gas remaining relatively affordable, it’s still cheaper to keep an electric car running. For example, the Environmental Protection Agency (EPA) says the Hyundai Ioniq Electric will cost an owner $500 a year to traverse 15,000 miles, based on average electricity rates. That amounts to an estimated $5,000 less than the average vehicle owner will spend in fuel costs over a five-year period.

7. Electric cars are costly to maintain and repair.

8. EVs won’t be practical to own without a fully established infrastructure of public charging stations.

Most electric vehicle charging is done at home or at work. As of this writing there’s about 20,000 charging stations up and running in the U.S. and you’ll usually find them at retail parking lots, public parking garages, and new-car dealerships in areas where EVs are most prevalent. While most are 220-volt Level 2 chargers that take around four hours to replenish an EV’s battery pack, a growing number of Level 3 public stations, also known as DC Fast Charging, can replenish as much as 80% of a EV’s state of charge in around 30 minutes. If you’re planning a road trip, plotting a course and picking a destination that’s dotted with Level 3 chargers is essential.

9. EV batteries don’t last long and will eventually wind up in landfills.

Electric vehicles are federally mandated to carry separate warranties for their battery packs for at least eight years or 100,000 miles. According to published reports, Nissan Leaf models that were used as taxicabs retained 75% of their battery capacity after 120,000 miles on the road. A Tesla owner is said to be able to have 90% of his or her car’s battery life in tact after 200,000 miles. Once depleted, EV batteries, like 99% of the batteries found in conventional cars, can be recycled. For example, used EV power cells can be used to store solar and wind energy, or they can be broken down with their more-valuable elements reused.

10. The power grid won’t be able to handle the hundreds of thousands of EVs expected down the road.

According to a report conducted by Navigant Research, the nation can add millions of electric cars to the current power system without having to build any new power plants. Much of this has to do with the fact that most electric vehicles tend to be charged at night during off-peak hours when power demand tends to be the lowest.

2015 Ford Focus Battery electric vehicles (BEVs) have a battery instead of a gasoline tank, and an electric motor instead of an internal combustion engine (ICE).

For sale is our excellent condition 2015 Ford Focus Electric. It runs only on electric, no gas. It's a great fun car to drive, but we're moving abroad and it needs to find a new home. It's a great commuter car, and saves a ton on gas and maintenance. I am always amazed at how hassle-free it is.Also...

2017 Nissan LEAF Battery electric vehicles (BEVs) have a battery instead of a gasoline tank, and an electric motor instead of an internal combustion engine (ICE).

2016 Nissan LEAF Battery electric vehicles (BEVs) have a battery instead of a gasoline tank, and an electric motor instead of an internal combustion engine (ICE). 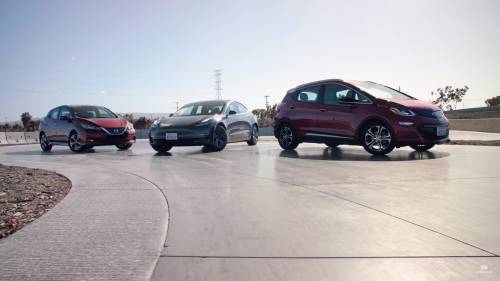 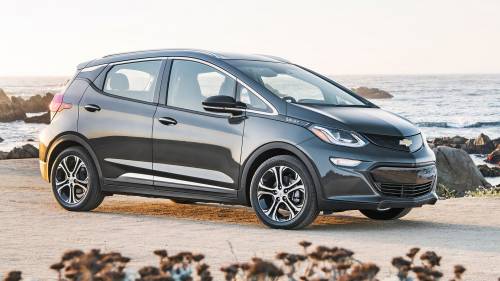