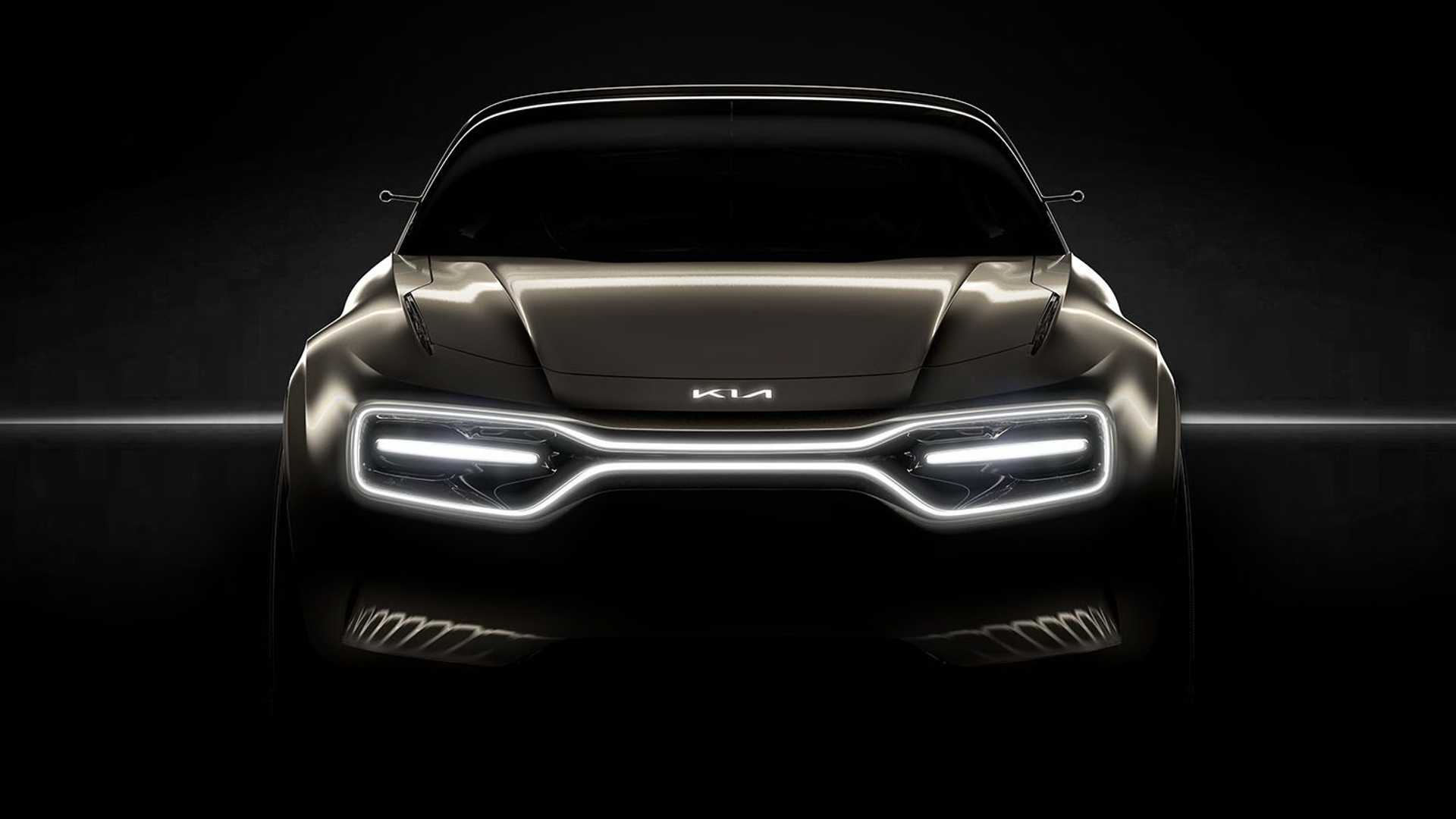 Hold onto your charging cords for a fleet of new full-electric models debuting in the years ahead.

Automakers both established and startups are readying a fleet of new full-electric cars, crossovers, SUVs, and even pickup trucks for the coming model years. New EVs headed to showrooms for 2020 include the Bollinger B1 SUV, a revamped Kia Soul EV, the Mercedes-Benz EQC, a new Mini Electric, the Polestar 2, Porsche Taycan, Rivian R1T pickup, and the Tesla Roadster and Model Y.

And there’s far more being planned for future model years. Here’s what we know so far about what automakers have in the works beyond 2020. (One caveat: this information is based on automakers’ announced and/or leaked plans, and a dash of pure speculation, which are always subject to change.)

Having just debuted its e-Tron crossover SUV, Audi says it plans to release 20 new electric cars by 2025. The automaker has already announced that its TT sports coupe/convertible will be replaced in the coming years by a performance-minded EV alternative. Reports suggest the company will also electrify its flagship A8 sedan, as well as offer a smaller Q4 version of the e-Tron.

BMW is developing several new full-electric models for future introduction. The first of these will probably be the iX3 crossover SUV that’s reported to generate 270 horsepower and run for up to 249 miles on a charge. We can also expect an i4 sedan with a reported 310-mile range that will be based on the 4 Series Gran Coupe, and the larger midsize i5 sedan that’s said to reach 60 mph in under four seconds and go for 372 miles with a full battery. There’s also reportedly a production model based on BMW’s iNext Concept in the works.

Startup brand Bollinger is planning to follow its first EV, the boxy-looking B1 SUV coming for 2020, with an equally angular pickup truck based upon that model called the B2. The company says it will come with dual-motor all-wheel-drive, put 614 horsepower to the pavement, tow up to 7,500 pounds, and run for 200 miles on a charge.

The FCA family of brands includes Alfa Romeo, Dodge, Chrysler, Fiat, Jeep, Maserati, and Ram and though the company has not yet revealed specifics, it reportedly has ambitious plans to electrify them. First to come will be a replacement for the current Fiat 500e, likely for the 2021 model year. Insiders suggest a full-electric version of the Chrysler Pacifica, which already comes in a plug-in hybrid variant, could be coming, with electrified Jeeps and Ram pickups a possibility.

Ford is going all in on EVs with 16 models announced to go on sale by 2022 via its Team Edison development group. These will reportedly include a Mustang-influenced crossover and a Lincoln-branded luxury SUV, both likely for the 2021 model year. Ford also announced it would be selling a full-electric version of its best-selling model, the F-150 pickup truck at some point. The company is also working with startup EV maker Rivian on a full-size luxury SUV.

GM is hoping to put 20 EVs on the road globally by 2023. It will reportedly make its Cadillac luxury division its vanguard EV brand, with its first model to be a crossover SUV that will reach showrooms in late 2021 or early 2022. Chevrolet is planning to build a companion to the Bolt EV that will likely share components and sport a tall-roofed crossover profile. Buick will also likely get an electric vehicle. A full-electric GM pickup truck has been announced that will reportedly share platforms with the aforementioned Cadillac SUV, though no word yet on what it will be called or which GM division would sell it. The company has also floated the possibility it could bring back the Hummer as a zero-emissions full-electric SUV.

The dynamic South Korean duo recently announced it would be developing a series of electric vehicles jointly on their Electric-Global Modular Platform. With already four EVs on sale between the two brands, the company hopes to have 44 electrified models (including hybrids, plug-in hybrids, and fuel-cell models) on the market by 2025. These will reportedly include an electric sedan to be sold under its high-end Genesis brand in 2021 that promises a range of 310 miles per charge.

Expect to see a large SUV and a large premium sedan built on jaguar-Land Rover’s Modular Longitudinal Architecture in the coming model years. The sedan will be an electrified next-generation version of Jaguar’s flagship XJ sedan with just shy of 300 miles on a charge. The SUV will likely be an EV version of the Land Rover Range Rover that will be based on its next redesign for 2021.

Mazda recently announced it would be jumping into the EV pool with it’s first battery-powered vehicle, likely for the 2021 model year, but no word yet on what that might be, or if it would be offered in the U.S.

Mercedes is planning a line of electric vehicles under its EQ sub-brand, with 10 models in multiple market segments slated to debut by 2022. The first of these is the aforementioned 2020 EQC crossover, to be followed by the compact EQB crossover SUV, which will be based upon Mercedes’ coming gas-fueled GLB.

Mitsubishi says it’s planning a number of electric vehicles that will share platforms with Nissan and Renault models, but specifics may not be announced until some time in 2020. Mitsubishi unveiled an EV concept called the e-Evolution at the 2017 Tokyo Motor Show, and it’s still active on the company’s “future/concept cars” page of its website.

As one of the first automakers to embrace EVs with the Leaf, Nissan is hoping to launch 12 electric or electrified vehicles by 2022. These will include full electric models and some with small range extending gas engines, as is used in the Chevrolet Volt, to generate electricity once the battery is depleted. An electric crossover SUV is said to be in the works, along with a small commercial EV van that may or may not make it to the U.S.

The famed German sports-car maker is planning to follow-up the intro of the 2020 Taycan EV with the Cross Turismo for 2021, which will essentially be a larger sports sedan version. It will share that model’s powertrain, which means it’s expected to produce 600 horsepower and go for around 300 miles on a charge. Porsche also says an EV version of its popular Macan crossover SUV will go into production early in the next decade.

Expect the upscale R1S SUV to be the second model to the startup EV maker’s second model, following the 2020 Rivian R1T pickup truck. It promises a range that tops out at over 400 miles, and a 0-60 time in a brief 3 seconds. Like the pickup, it will be built at a former Mitsubishi assembly plant in Normal, Ill.

With a new version of the Tesla Roadster and, barring any delays, the new Model Y compact crossover SUV being planned for the 2020 model year, the company’s next model will likely be a full electric pickup truck. CEO Elon Musk says it will come wrapped in “cyberpunk” styling, have six seats, deliver 400-500 miles of range, come with dual-motor all-wheel-drive, and up to what would seem to be an improbable 300,000 pounds of towing capacity.

For an automaker that has yet to sell a full-electric vehicle, Toyota has plans to offer a half-dozen of them by 2025. Some will be battery-powered versions of existing nameplates, like the EV version of the C-HR crossover that will debut initially for the Chinese market. Others are said to ride on a newly developed dedicated EV platform. The automaker says the architecture will be able to accommodate everything from a three-row SUV or a sporty sedan to a small crossover or a boxy compact, and we can probably expect each of them to see production at some point. Toyota is also reportedly developing an electric crossover SUV with Subaru.

VW is making big EV plans worldwide, with 50 new battery-driven models said to be in the works by 2028. The first of them to be sold in the U.S. will be a sleek compact crossover called the ID Crozz. It’s said to pack dual motors that will generate 302 horsepower and run for 300 miles on a charge. It will probably come for 2021, and be followed by an eight-passenger electric homage to the brand’s iconic Microbus from the 1960’s called the ID Buzz. That model will reportedly come with a dual-motor all-wheel-drive system and offer a 372-mile driving range.

Volvo says it plans to have five battery-powered models on the market by 2021, with half of its sales volume (including its Polestar sub-brand) coming from EVs by 2025. Following the Polestar 2 sedan, the first Volvo-branded full EV is expected to be an electrified version of the compact XC40 crossover SUV, which will probably be a 2021 model.

2014 Tesla Model S Battery electric vehicles (BEVs) have a battery instead of a gasoline tank, and an electric motor instead of an internal combustion engine (ICE).