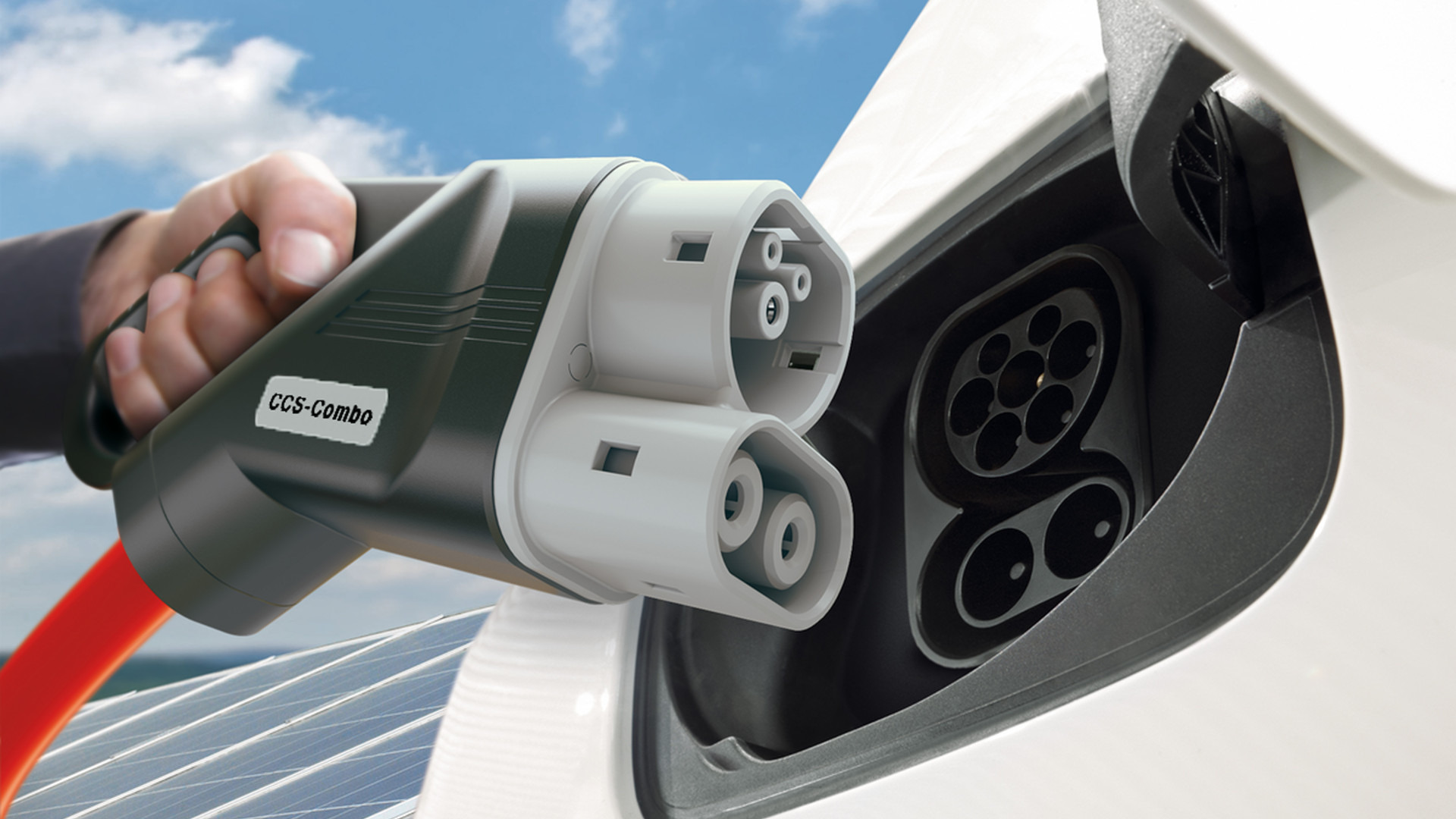 The nation’s network of public EV charging stations is expanding, and is making the idea of a cross-country trip running solely on battery power a reality.

Though most EV owners tether their vehicles to the power grid at home, public charging is becoming an increasingly convenient option.

You’ll find chargers installed in retail parking lots, public parking garages, and new-car dealerships across America, as well as at many national parks. They’re most prevalent in or near larger cities, college towns and other areas where there’s a higher concentration of EVs.

A number of websites, including PlugShare.com and PlugInAmerica.org feature interactive maps that show the locations of public charging stations, what type of charging they support, and even whether or not they’re currently in use.

Level 2 is the most prevalent type of pubic charging, and it usually takes around four hours to fully charge an EV, depending on the model. That makes a Level 2 charger most worthwhile for “topping off” an EV’s battery while shopping, dining, or running errands (especially since some lots restrict parking to just two hours).

A much less common – but far quicker – alternative is a Level 3 station, which can bring a given EV’s battery up to 80% of its capacity in around 30 minutes. If you’re taking a road trip, you’ll want to plan your route based on access to DC fast charge stations. Otherwise, a Level 2 charger would suffice if you’re staying overnight at a hotel that’s adjacent to a station and can keep your vehicle plugged in, or are spending the afternoon where you can leave it parked at a charger for an extended period.

Unfortunately, not all EVs that allow DC fast charging can use all Level 3 stations. Most models coming from Asian automakers use what’s called a CHAdeMO connector, while German and American EVs use the SAE Combo plug, and Tesla has its own proprietary connector. Depending on which model what you own, you may need to use an adaptor to tap into a given unit. You can find what type of connector a given Level 3 station uses via the aforementioned charger-locating websites.

If you intend to use public charging, you’ll probably want to join a charging network. This is especially important if you’re planning a road trip, and you may have to join multiple networks to have sufficient access to Level 3 charging depending on the route.

You can usually sign up on line and will be issued a card to initiate charging. Depending on the network it can either be pre-paid or linked to a credit card account. Some networks also offer remote apps that let users find the nearest charging stations and use their phones to initiate a charge, among other functions.

The nation's largest charging network is ChargePoint, with around 54,000 charging spots in 43 states, though only about 925 are DC fast charging spots. That is likely to change as the company recently announced expansion plans, hoping to operate as many as 2.5 million charging points worldwide by 2025.

Another prominent network in the U.S., the Blink network maintains nearly 1,600 charging stations in 25 states, though the majority are Level 2. Blink recently entered into a partnership agreement with Hubject, a joint venture formed by companies in the automotive, energy and technology sectors, that would extend its reach.

Meanwhile, EVgo, operates over 1,050 DC fast charging stations chargers in 66 metropolitan areas and offers free charging for two years to buyers of the BMW i3 or Nissan Leaf in select markets. Another network, Electrify America, is planning to install more than 2,000 DC fast chargers at nearly 500 sites in metro and highway locations across 40 states and 17 major cities.

Meanwhile, Tesla maintains its own “Supercharger” network of fast-charging stations across the U.S. for its customers, and it’s well suited for taking a long-distance road trip. They’re only compatible with Tesla vehicles, however. As of this writing there’s 1,359 stations with 11,234 Superchargers up and running across the globe, both in public spaces and at Tesla dealerships. The automaker says 99% of all Americans live within 150 miles of a Supercharger, and charging remains free to some Tesla owners.

Many public chargers, usually of the Level 2 variety, can be used at no cost. Of the close to 90,000 public chargers currently in use, an estimated 47,000 are still free. The rest, especially DC fast charge stations, require payment.

This can either be on a pay-as-you-go basis or by pre-paid subscription. The cost to charge an EV varies from provider to provider and from state to state. Some states allow pricing based on the kilowatt-hours (kWh) of electricity used, while others only allow providers to charge on a per-minute basis. Blink’s rates, for example, are between $0.04-$0.06 per minute or from $0.39 to $0.79 per kWh, in states where that’s permitted.

To further muddy the waters, ChargePoint allows the property owner where the charger is situated to set rates, though many of their stations operate at no cost.