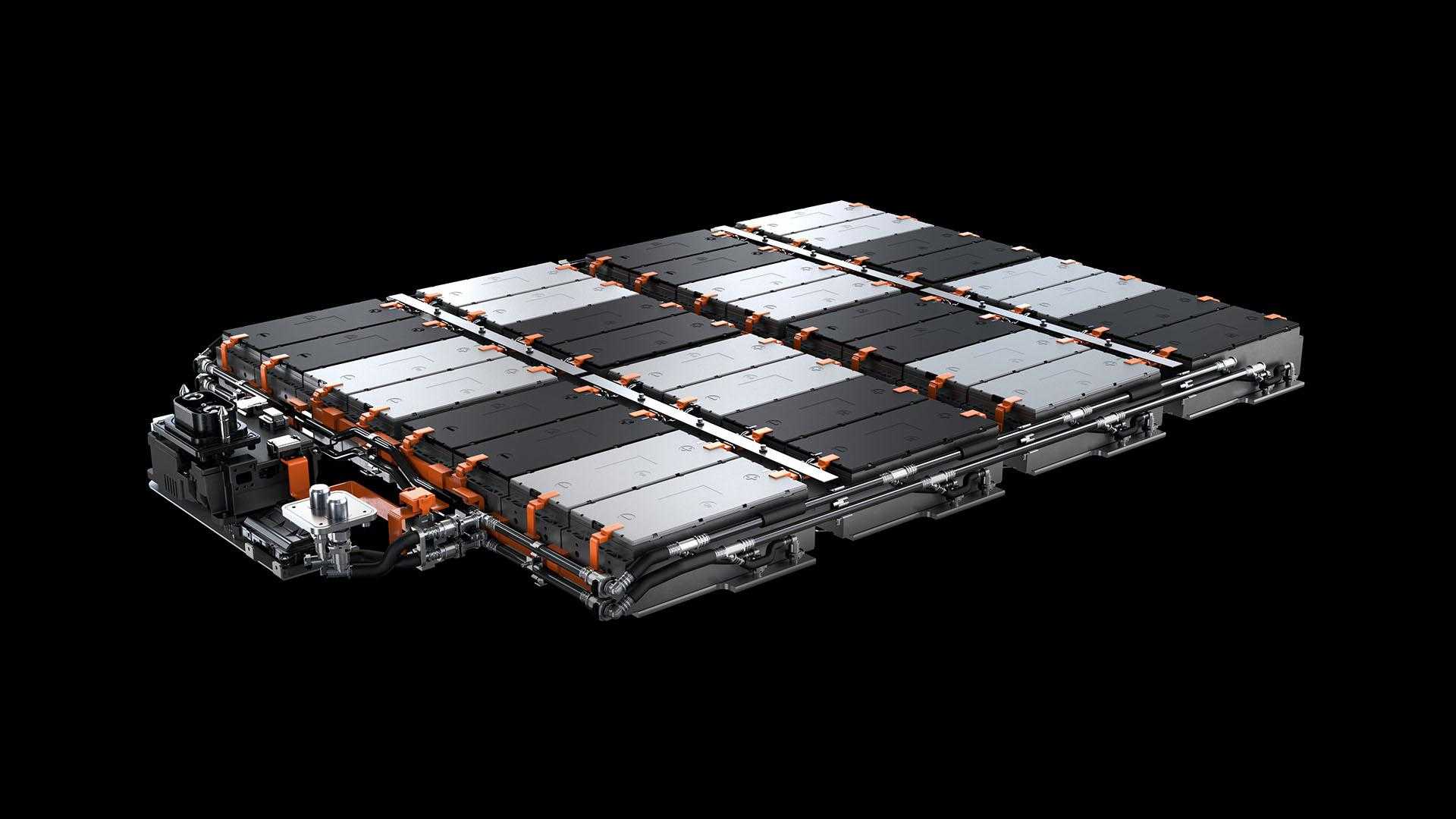 Here’s what you need to know about the cells that power an EV.

While the motor may be the source that actually propels an electric vehicle, the battery pack is its virtual heart and soul. If you’re in the market for a new or used EV, you’ll want to pay attention to the battery’s specs, and be aware of other aspects that will ultimately affect its performance.

Electric vehicles use lithium-ion batteries of various design, similar to those used in cell phones and laptop computers, only on a much larger scale. Lithium-ion batteries have a high energy density and are less likely than other types of batteries to lose their charge when not being used.

An EV’s battery capacity is expressed in terms of kilowatt-hours, which is abbreviated as kWh. More is better here. Choosing an EV with a higher kWh rating is like buying a car that comes with a larger gas tank in that you’ll be able to drive for more miles before needing a “fill up.” But be aware that because of the way EVs work, you’ll never actually have access to the full battery capacity. That’s because the car’s management system prevents the battery from either becoming 100 percent fully charged or 100 percent discharged to preserve its efficiency and extend its usable life.

Battery capacities of current EVs range from a mere 17.6 kWh in the Smart EQ ForTwo with a range of just 58 miles, up to 100 kWh in the Tesla Model S and Model X that can run for over 300 miles before needing a charge. Battery capacities and other pertinent specs for all current EVs can be found on our companion website InsideEVs.com. They’re also provided in each of the used EV listings here on MYEV.com.

Perhaps the most critical factor to consider when shopping for an EV is the battery’s estimated range on a full charge, as rated by the Environmental Protection Agency. You can find data on battery range and energy consumption for all current and past models on the EPA’s fueleconomy.gov website. You’ll also find it on the pricing sticker that’s required to be affixed to the side window of every new vehicle sold in the U.S.

As with conventionally powered cars, EVs are tested for both their operating range and energy consumption under controlled conditions in a laboratory. They’re “driven” on a dynamometer, which is like a treadmill for cars, using multiple standardized driving schedules to simulate city and highway motoring. An EV begins testing with the battery fully charged, and is operated until it becomes fully depleted.

However, an EV’s actual range on charge can vary according to a number of factors. Lead-footed acceleration and driving at higher speeds will tend to use more kWh than would more mannerly around-town motoring. The battery will also drain at a quicker rate when operating with a full load of passengers and cargo. All else being equal, a heavier vehicle will consume more energy to reach and maintain a given speed than will a lighter one.

Importantly, an EV’s state of charge will dwindle more quickly in extremely cold or hot weather. Frigid temperatures in particular can substantially hamper both a battery’s performance and its ability to accept a charge. What’s more, while gasoline engines generate large amounts of heat that can be harvested to warm a car’s interior, an EV’s climate control system relies solely on battery power. A recent study found that when the mercury dips to 20°F and the vehicle’s heater is in use, an average EV’s range drops by 41 percent. That means a model that’s rated to run for 150 miles in combined city/highway driving would only be able to muster around 88 miles on a charge. The same study determined that when outside temperatures hit 95°F and air conditioning is in use, an EV’s range will drop by an average of 17 percent.

Most electric vehicle charging is done at home, either via a conventional 120-volt circuit (known as Level 1 charging) or a dedicated 240-volt line (Level 2 charging). Depending on the vehicle’s battery capacity it can take anywhere from eight hours to more than 16 hours to achieve a full charge using Level 1 charging.

Though it will cost a few hundred dollars to have an electrician install 240-volt service in your garage, it will pay off in terms of charging times as short as four hours. If your energy provider offers a discount for electricity tapped during off-peak hours, you can save money by scheduling a charge in the middle of the night.

There is an even quicker alternative, called Level 3 charging, though it’s limited to a small, but growing, system of public charging stations. Also referred to as DC Fast Charging, it can bring an EV’s battery up to 80 percent of its capacity in as little as 30 minutes, depending on the vehicle.

Be aware, however, that an EV’s battery will take longer to replenish in cold weather than it will at warmer temperatures no matter which level of charging is being used.

Unfortunately, all electric vehicle batteries will degrade somewhat over time and lose a bit of their ability to maintain a full charge. This is not as dire a warning as it sounds, however. According to the organization Plug In America, the average Tesla Model S loses only 2.3 miles of range for every 10,000 miles driven. Tesla itself reports that in controlled testing its batteries retained 80 percent of their range after running for a simulated 500,000 miles. Shorter-range EVs, on the other hand, may suffer added deterioration, as draining most or all of a battery’s charge on a regular basis will tend to cut into its capacity more quickly over time.

On the plus side, federal regulations require that an EV’s battery pack, which can cost thousands of dollars to replace, be covered under warranty for at least eight years or 100,000 miles. whichever comes first. For its part, Hyundai extends this to lifetime coverage on the Kona Electric, while Kia bumps it up it to 10 years or 100,000 miles on the Niro and Soul EV models.

Be aware, however, that every EV warranty contains exceptions with regard to battery life. For example, some automakers only cover the battery pack against total failure, while others, including BMW, Chevrolet, Nissan, Tesla (Model 3) and Volkswagen will replace it if it falls to a specified capacity percentage while under warranty, which is usually 60-70 percent.

Finally, if you’re buying or selling a used EV, keep in mind that any remaining part of the battery’s original warranty will transfer to a subsequent owner.

2014 Nissan LEAF Battery electric vehicles (BEVs) have a battery instead of a gasoline tank, and an electric motor instead of an internal combustion engine (ICE).