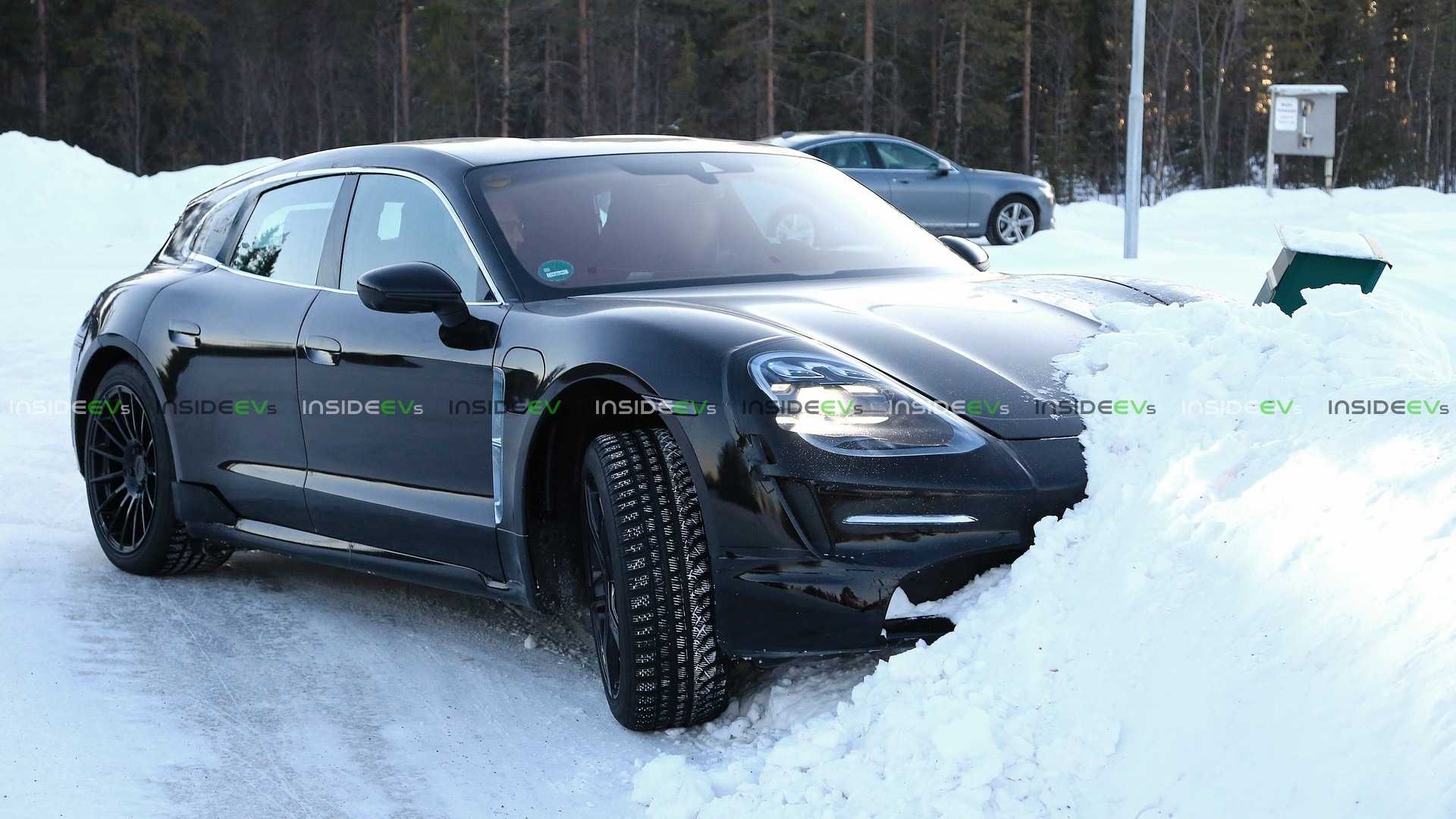 Here’s what to expect when the temperatures plunge and snow begins to fall.

With Old Man Winter’s icy fingers beginning to grip many parts of the country, motorists in general need to pay extra attention to their vehicles to ensure they’re ready to handle the onslaught of frigid weather. The change in seasons can be especially pronounced for electric-car owners, however, particularly those living in the coldest climates. Whether you’re a first-time buyer or are a seasoned veteran, here’s what to expect and how to proceed when the mercury plunges.

For starters, be sure to check the air pressure in your vehicle’s tires using a good quality air gauge. While this should be a regular check, it’s especially important as we head into winter. That’s because tires generally lose two percent of their air pressure for every 10°F the ambient temperature drops. You may also see the tire pressure monitor warning light illuminated on your car’s instrument panel (it looks like a cutaway of a tire with an exclamation point). If the air pressure in one or more tires is low, inflate them to the automaker's recommended PSI (pounds per square inch). It’s stated in your owner’s manual and on a label that’s affixed to the driver’s-side doorjamb. If where you live gets extreme amounts of snowfall, consider installing a set of grippy snow tires for the winter.

Expect Fewer Miles On A Charge

All vehicles, whether they run on gas or kilowatts, become less energy-efficient in cold weather. The typical internal combustion engine vehicle can see its gas mileage drop by around 20 percent in the cold, and this effect tends to be more pronounced with electric cars.

The unfortunate truth is that cold temperatures can substantially hamper both a battery’s performance and its ability to accept a charge.

A study conducted earlier this year by the AAA found that when the mercury dips to 20°F and the heater is in use, an electric car’s operating range will drop by an average of 41 percent. That means if you own a Nissan Leaf, that’s otherwise rated to run for 150 miles on a charge, you’d likely only be drive for around 88 miles before having to plug it in. You’ll also find it takes longer to bring the vehicle’s battery pack up to a full charge. Frigid temperatures also limit an electric car’s regenerative braking function, which recovers energy that would otherwise be lost during decelerating or stopping and sends it back to the battery.

On top of that, using the heater will drain an electric vehicle’s battery at an accelerated pace. While gasoline engines generate large amounts of heat that can be harvested to warm a car’s interior, an electric car’s climate control system relies solely on battery power to accomplish this function.

Extending an electric car’s operating range to achieve maximum miles on a charge can become an obsession with some electric car owners, and it becomes critical during the coldest months of the year. Proper planning is the key to tempering one’s range anxiety under extreme climactic conditions.

It’s best to keep an electric vehicle garaged when not in use to help shield it from the elements. If your garage at home and/or parking space at work is heated, so much the better. Keep the vehicle plugged in at all times to ensure the battery will maintain a full charge. If your vehicle has a pre-conditioning feature, engage it (usually via a smartphone app) before hitting the road. This will heat both the interior and the battery pack while the vehicle is plugged into the charger, which will in turn help preserve battery capacity. Some models will warm the battery automatically in cold weather. If you’re away from home, park the car in the sun to keep it a bit warmer.

Limit the use of the heater while driving. Set the temperature as low as you can comfortably stand, and instead rely on your car’s heated seats and heated steering wheel (if so equipped), which consume less electricity. Wear warm clothes and a heavy coat so you can minimize engaging the climate control. In the aforementioned AAA study, the electric vehicles tested only lost an average of about 12 percent of range in the cold while running with their heaters switched off, compared to 41 percent with the climate control in use.

If your car has a selectable “Eco” mode that will adjust performance parameters to preserve battery range, be sure to engage it. If your car allows you to tune in more or less regenerative braking, set it to full force to send more power pack to the battery when coming to a stop. And try to limit your speed while driving in cold weather. Not only does operating the vehicle at greater velocities use more energy than driving around town, a vehicle’s aerodynamic drag increases at higher speeds and requires added power to overcome.

Also, make note of where public charging stations are near where you live, shop and work in case you’re running unexpectedly low. Look for DC Fast Charging units that can bring an electric car’s battery back up to 80 percent of its capacity in 30-45 minutes, depending on the vehicle and the ambient temperature.

If live in a snowy winter climate, there’s a chance you’ll encounter rapidly changing road conditions and should prepare for a worst-case scenario. Fill your car’s windshield washer tank with non-freezing solution and stock the trunk with a small shovel, brush/scraper, and some flattened cardboard boxes or a large bag of sand or cat litter to help get your car moving if it becomes stuck on snow or ice. Fortunately an electric car’s lower its center of gravity and even weight distribution helps bolster its traction on slippery surfaces. Those equipped with all-wheel drive perform even better in this regard.

Still, there’s no defying the laws of physics – any car can spin on ice or become stuck in deep snow, so you’ll want to take certain precautions. When snow begins to fall, be sure to turn on the car’s headlamps, reduce speed, and leave extra room between you and the traffic ahead – the brakes won’t work as well as they would on dry roads. Watch for frozen patches, especially on bridges and overpasses that tend to freeze quicker than paved roads. Avoid using the vehicle’s cruise control to keep your reaction times to a minimum.

If you’re coming to a stop and feel the brake pedal pulsating or chattering (and/or the “ABS” light is flashing on the instrument panel), this means the antilock function is activated. Maintain a firm foot on the pedal until the vehicle comes to a stop. If the stability control warning light flashes on the dashboard, that means the system is engaging to help counter wheel spin, and you should take it as a signal to slow down. If the vehicle begins to skid on a slippery spot or black ice, stay calm and steer in the direction you want to go, maintaining a light and steady foot on the accelerator. Slamming on the brakes when a car or truck is sliding sideways will only make things worse.

If you do manage to get stuck on snow or ice, disengage the car’s traction control system (there’s usually a dashboard button for this – check your car’s owner’s manual) as it tends to be counter productive in this type of situation. Avoid spinning the tires to avoid digging yourself into a deeper rut. Instead, gradually “rock” the vehicle back and forth to get it unstuck. With the transmission in drive, slowly creep ahead as far as possible – perhaps only an inch or two at a time – then engage the brakes, put the car into reverse and repeat the process back and forth several times to gradually get unstuck.

If this doesn’t work, throw several handfuls of sand or cat litter you prudently packed in the trunk under the tires to achieve just enough grip to get going. Otherwise wedge sheets of cardboard or the car’s floor mats under the tires to help them catch. If possible, enlist passersby to help give the car a push. Otherwise, it’s time to call a tow truck to get you unstuck.

Mercifully, there will be warmer days ahead.