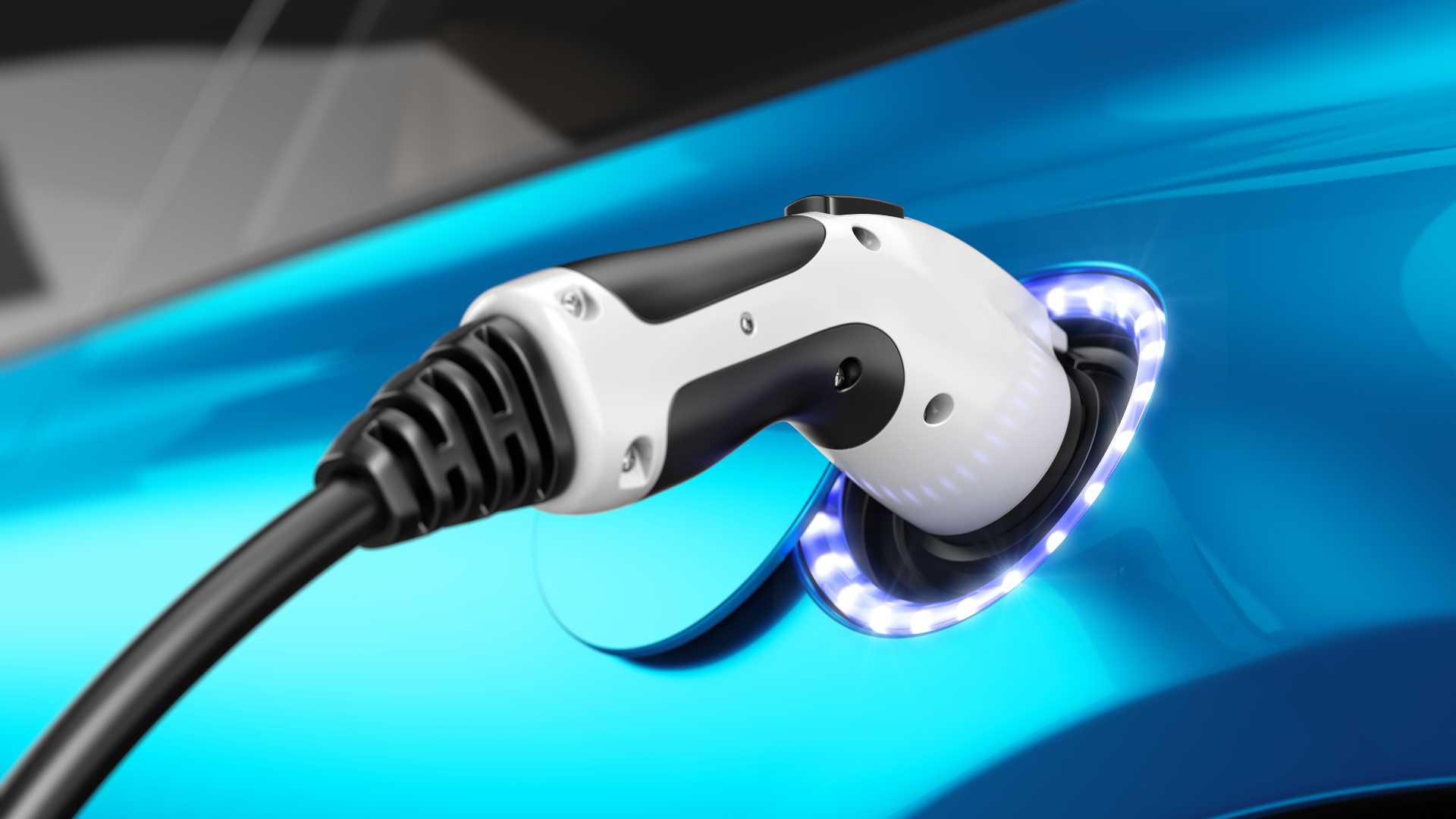 What It Costs To Charge An Electric Vehicle

The cost can vary significantly depending on where and how you plug into the grid.

In general, it costs less to run an electric vehicle than a comparable internal combustion-powered model. However, depending on how, where, and when you charge an EV, the cost can vary wildly. Charging an EV at home is usually the cheapest way to go, though you may incur some added costs to make the process more efficient. Depending on the type of public charging station you use, replenishing the battery on the road can either be free or surprisingly costly.

Here’s what you can expect to pay to keep an electrified ride running:

Charging an electric vehicle at home, assuming you have a garage and/or access to the power grid, is the most common way to go. Most models include a basic 110-volt charging unit that plugs into a standard electric outlet via a conventional three-prong plug. Called Level 1 charging, this is the slowest way to replenish an EV’s battery. It can take between eight and as long as 24 hours to obtain a full charge, depending on the model.

It’s well worth it to spend around $250-$400 to have an electrician install a dedicated 240-volt line in your garage to take advantage of what’s called Level 2 charging. This can refresh a drained battery in as little as four hours. You’ll also need to purchase an external Level 2 charging unit, which is also called the electric vehicle service equipment (EVSE). A good quality EVSE can cost between $300 and around $1,200, and they come in plug-in and hard-wired varieties. If you’re choosing a wall-mounted unit, expect to pay another $300-$600 for installation. On the plus side, you may be able to take advantage of state and/or local incentives for buying and having a charger installed.

As for what you’ll pay in electricity costs to keep a given EV running, you can get a rough idea of what it will cost via the Environmental Protection Agency’s fueleconomy.gov website. It lists energy consumption information for all makes and models for the sake of comparison, and that includes electric cars. Each listing will tell you how many kilowatts per hour (kWh) it takes, on average, to drive an EV for 100 miles, and how much it will cost to drive 25 miles, based on average electricity rates. It also states how much you’ll pay to drive the vehicle for 15,000 annual miles in combined city/highway use.

Importantly, the EPA’s website allows you to customize predicted home charging costs according to the number of miles you drive during a given year, and your per-kWh electric rate.

The U.S. Energy Information Administration maintains a chart of average per-kWh electric rates for all 50 states here. According to the agency’s latest data, Louisiana residents pay the least in the nation for electricity at an average $0.098 per kWh. It costs the most to keep an EV running in Hawaii with an average cost of $0.331 for every kWh. Keep in mind that these are averages, and every local energy provider sets its own rates. Your electric bill likely states what you pay per kWh for energy, though that figure may not include the cost of delivery, taxes, and fees. A better way to figure this is to divide the amount of your total bill with all charges by the number of kWh you consumed in a given month.

If your provider allows billing for electricity based on demand at various times of the day, you may be able to charge an EV in the middle of the night at a reduced rate.

Be aware, however, that no matter what you pay per kWh it will cost more to keep an EV running during the coldest months of the year. Frigid weather negatively affects a battery’s performance and limits its ability to accept a charge. Research conducted by the AAA found that when the mercury dips to 20°F and the heater is in use, an average EV loses around 41 percent of its operating range. It also takes longer to charge the vehicle under frigid conditions. The AAA’s study found that at 20°F with the heater running, an owner will pay an additional $25 for every 1,000 miles driven to keep the battery charged, compared to the cost of running the vehicle at 75°F. An EV’s range is also adversely affected in extremely hot weather to a certain degree, especially with the air conditioning in use.

Level 2 is the most prevalent type of pubic charging, and you’ll find units installed in retail parking lots, public parking garages, and new-car dealerships, typically in or near larger cities, college towns, and other areas where there’s a higher concentration of EVs.

Some Level 2 public charging stations can be used at no cost, while others charge a fee. This can either be on a pay-as-you-go basis using a credit card, or via an account with a charging network like ChargePoint or Blink. The cost to charge an EV differs from provider to provider and from state to state. Some states allow pricing based on the kWh of electricity used, while others only allow providers to charge on a per-minute basis. While the ChargePoint network allows the property owner where the charger is situated to set rates, Blink charges between $0.04-$0.06 per minute or from $0.39 to $0.79 per kWh, in states where that’s permitted.

Chevrolet says its Bolt EV will get back an average 25 miles of operating range per hour of Level 2 charging. That’s a cost of between $2.40 and $3.60 at the above rates, compared to the EPA’s estimate of $2.15 to drive a gas-powered Chevrolet Cruze for 25 miles.

A much less common – but far quicker – alternative is to access a Level 3 public charging station. Also known as DC Fast Charging, it can bring a given electric car’s battery up to 80% of its capacity in around 30-60 minutes.

EVgo maintains the nation’s largest network of Level 3 charging stations in major metropolitan areas, and offers free charging for two years to buyers of the BMW i3 or Nissan Leaf in select markets. Meanwhile, Tesla Motors maintains its own Supercharger network of fast-charging stations across the U.S., though their use is limited to Tesla vehicles. For its part, Porsche will give buyers of its full-electric Taycan three years of unlimited 30-minute charging at Electrify America charging units when it debuts for the 2020 model year.

Unfortunately, while Level 3 is the fastest way to charge an EV it’s also the costliest. As an example, we were recently billed $0.29 a minute for DC Fast Charging in the Chicago area via an EVgo station. (It’s $0.25 a minute for EVgo subscribers.) A 25-minute session that added around 50 miles of added range to a Volkswagen eGolf cost $7.25, which comes out to $3.62 for 25 miles. By comparison, the EPA says it costs an average of $2.26 to pilot the standard gas-powered VW Golf the same distance.

Tesla says it charges an average $0.28 per kWh to use one of its Superchargers in states where that type of billing is allowed. Where per-minute rates are mandated, it’s at $0.26 while cars are charging at or below 60 kW, and $0.13 while cars are charging above 60 kW. As with all types of chargers, rates vary by location and can change periodically.

All of the used EV listings here at MYEV.com provide average per-session costs to obtain a full charge and estimate an owner’s expected monthly cost to keep running.

2018 Toyota Prius Prime Plug-in hybrid electric vehicles (PHEVs) have a battery and an electric motor. However, like gasoline vehicles, PHEVs also have a gasoline tank and an internal combustion engine (ICE). 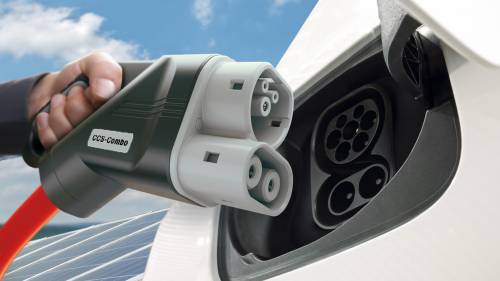 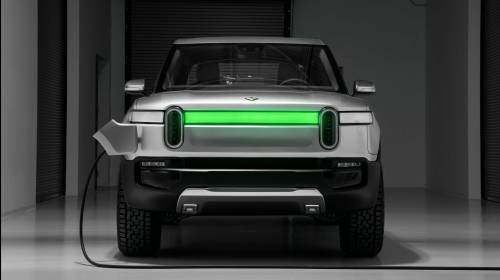