Homepage / Research / Why Buy / Should You Buy A Tesla Model S Or Wait For The Porsche Taycan? 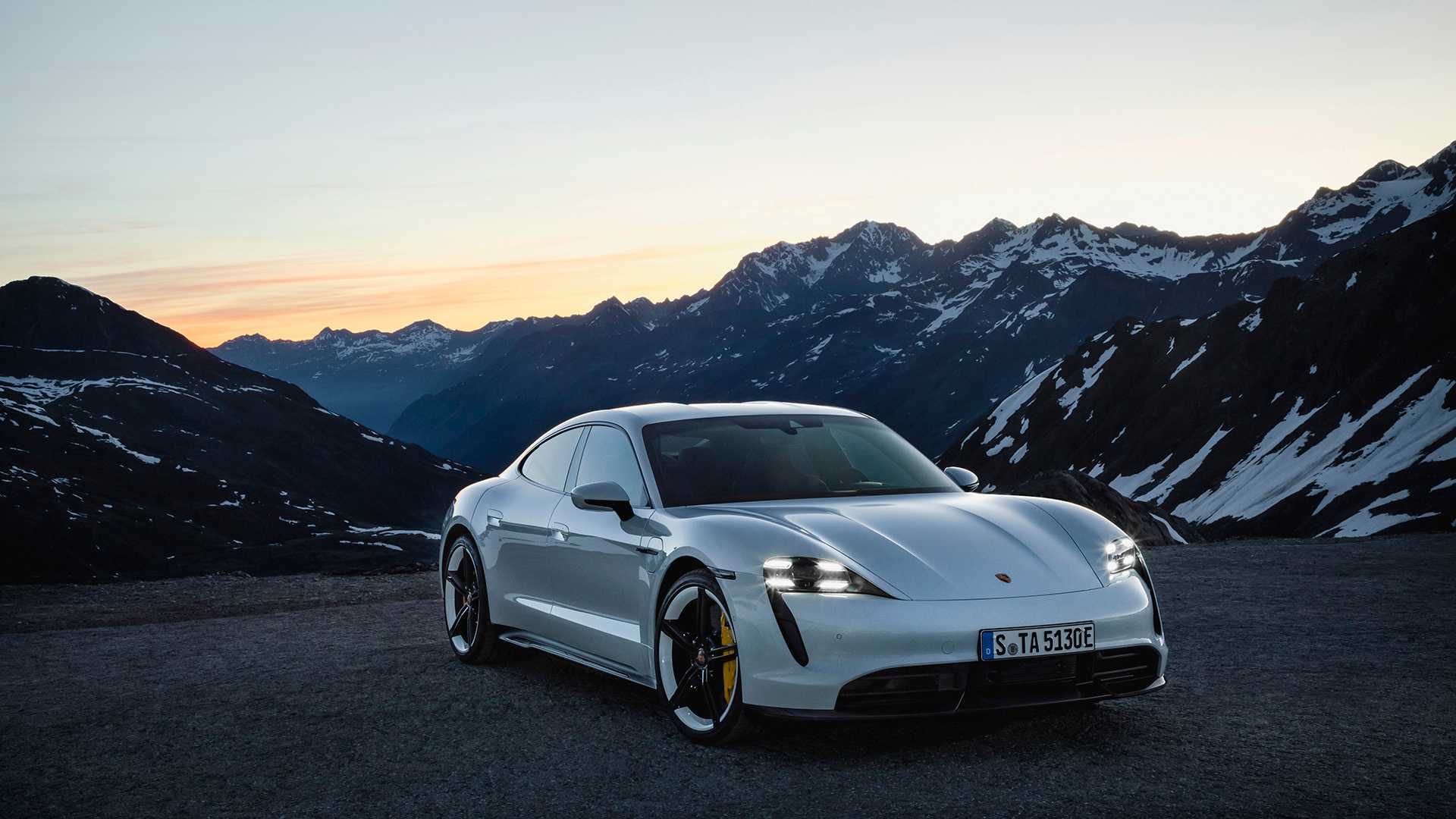 Should You Buy A Tesla Model S Or Wait For The Porsche Taycan?

The Taycan is the first bona fide contender to the Model S, but it will be costly.

Since its launch the Tesla Model S has been the sole full-electric midsize sedan on the market. It’s about to be challenged by the coming 2020 Porsche Taycan that promises uncanny levels of performance. Here’s how they stack up:

Launched in 2012, the Model S was Tesla’s second full electric car after the Roadster, and it became an instant hit among affluent owners who were drawn to the car’s good looks as much as its zero-emissions nature. Though the Model S has been around for some time without a cosmetic makeover, it still looks fresh with its sleek styling. The grill-less front end is adorned with cat’s-eye headlamps and the Tesla badge. There are prominent scoops along the sides, with door handles that sit flush against the body. The roofline is sharply raked. Since there is no engine under the hood, there’s a small second trunk for added cargo room.

The car’s cabin is clean and uncluttered, with a dashboard that’s dominated by a 17-inch tablet-computer-like display used to control all of the vehicle’s functions. A second screen faces the driver behind the steering wheel that acts as electronic instrumentation. Multiple interior trim treatments are available. Standard features include a premium audio system, heated seats, a heated steering wheel, a tinted glass roof, navigation, and more.

Tesla has tweaked the Model S over the years, adding features, performance, and battery capacity along the way. A dual-motor all-wheel-drive system, with one mounted at the front and the other at the rear, was introduced for 2015 and it’s now the only configuration available.

The current lineup consists of two versions, with both rated at 518 horsepower. Each rides on an adaptive suspension for an amenable combination of comfort and sportiness, and come with a “tuneable” regenerative braking feature to emphasize either smoother operation or aggressive energy recovery with so-called “one pedal” driving. As of this writing, buyers of a new Tesla Model S get free quick charging sessions at any of Tesla’s public Supercharger stations.

The Long Range Model S has an estimated operating range of 370 mph, with a top speed of 155 mph, and is claimed to run from 0-60 mph in 3.7 seconds. That version starts at $79,990. Meanwhile, the Performance version includes a Ludicrous mode that enables the car to hit 60 mph in a brisk 2.4 seconds and reach 163 mph. It’s range is slightly shorter, however, at 345 mph. It also features enhanced interior styling and a carbon fiber spoiler. The Performance model starts at $99,000.

The Model S comes standard with the basic version of Tesla’s Autopilot system that’s essentially adaptive cruise control with auto-forward braking and a lane-keeping system. Optional for $6,000 is “Full Self-Driving Capability” that enables semi-autonomous driving from on-ramp to off ramp, with the ability to traverse interchanges, automatically change lanes, and overtake slower-moving vehicles. (Though technically, the driver still has to have his or her hands on the steering wheel.) It also comes with a self-parking feature. A Summon function can autonomously pull the vehicle out of a garage or parking space and can "come find you anywhere in a parking lot" from a modest distance (there have been reports that this feature can be erratic, however). An upgrade promised for later in 2019 is claimed to enable Autopilot to operate on city streets, recognize and respond to traffic lights and stop signs, and navigate roundabouts.

Porsche’s first-ever full-electric vehicle, the 2020 Taycan, is an ultra-sleek battery-driven four-door sports car. It’s is sleeker looking and is built lower to the ground than the Model S. It’s appropriately attractive with well-balanced proportions and Porsche styling cues. The tumbled front end treatment takes its inspiration from the iconic Porsche 911. It features muscular fenders at all four corners and a sleekly sloped roofline, with pronounced creases running alongside. As with the Model S, there’s a small storage area under the hood.

As with the Model S, the Taycan’s interior is futuristically minimalistic. The electronic instrument panel is dramatically curved, with a wide touchscreen at the center of the dashboard. There’s another, larger screen on the center console. As with the Tesla, the vehicle’s functions are controlled by the displays, and they provide haptic fingertip feedback. Even the car’s air vents are electronically controlled.

As with the Model S, the Taycan features a dual synchronous motor configuration that enables all-wheel drive. It comes in multiple versions, the 4S, the Turbo and the Turbo S (though it should be noted that, as electric cars, neither has a turbocharger). The just-announced base 4S offers a choice of two battery packs, one enabling 522 horsepower and the other with 563 horses. Porsche claims a 0-60 mph time "in as little as 3.8 seconds," with a top speed of 155 mph. Range estimates were not available as of this writing, but our related site Motor1.com guesses it will be at between 212 and 120 miles. Pricing for the 4S will start at $103,800.

Meanwhile, the Taycan Turbo version produces 670 horsepower and 626 pound-feet of torque with the car’s Launch Control engaged. That’s good for a 3.0-second 0-60 mph time and a top speed of 161 mph. The Turbo S bumps this up to 750 horsepower and 774 pound-feet of torque with Launch Control. That enables 2.6 seconds to 60 mph, and an equally illegal top speed of 161 mph. While most electric cars feature a single-gear transmission, the Taycan’s has two gears to enhance both its range and performance. But one has to pay a healthy premium to obtain all that energy. The Taycan Turbo starts at $150,900, with the Turbo S at a budget-busting $185,000 and that’s without factoring in the car’s extensive assortment of options.

Selectable Sport and Sport Plus modes are on hand to enliven the action. Porsche claims that 90 percent of stops can be completely accomplished by its regenerative braking system. For those times when one has to use the left pedal, beefy carbon ceramic brakes are optional on the Turbo and standard on the Turbo S. All of the latest driver-assist systems are represented, though some, like adaptive cruise control and lane change assist are optional. Early reviews say that driving the Taycan’s supercar-like abilities are nothing short of phenomenal, with lightning quick acceleration and truly tenacious handling.

Of note, the Taycan will be able to take advantage of the latest in fast-charging technology. Though they’re in short supply, the car can take advantage of 350-kW-capable chargers that are capable of adding around 60 miles of range to a vehicle in four minutes. All U.S. Porsche dealerships will install Level 3 DC fast charging units, with many of them also featuring 350 kWh Porsche Turbo Charging, What’s more, buyers will be eligible for three years of unlimited 30-minute charging sessions via the Electrify America public charging network.

Those with deep pockets seeking the ultimate thrill ride may want to wait for the Taycan, particularly the Turbo and Turbo S variants, though given a trickle of initial supply and a high level of demand, one may not see delivery until sometime in 2020. The Taycan is also able to take advantage of ultra-fast public charging, assuming you have easy access to a 350 kWh station. And unlike the Tesla, which will be losing what’s left of its one-time electric car tax credit ($1,850) at year’s end, the Taycan will be eligible for the full $7,500.

While the base Taycan S is priced competitively with the Model S Performance version, it's not likely to match its range, and certainly isn't as quick. The Turbo and Turbo S Taycans are true budget busters. As it is, the Model S remains a handsome looking car in its own right, and is no slouch when it comes to performance, either. Plus, there’s Tesla’s Autopilot system to consider.

Perhaps the real kicker in favor of the Model S is that, unlike the Taycan, one can save a substantial amount of money by buying a pre-owned version, like any of those listed here on MyEV.com. While earlier examples had a shorter range on a charge than today’s models – between 208 and 265 miles – that’s still more than enough for most motorists. Plus, Tesla has provided regular over-the-air software updates that help keep the cars current.

Gray; Leather Seats,Leather Seats,Navigation System,Keyless Start,Bluetooth Connection,Rear Spoiler,All Wheel DriveThis vehicle includes a Money-Back Guarantee* and passed our precise inspection process. Best of all the price you see is the price you pay. No haggling. No back and forth. No pressure....