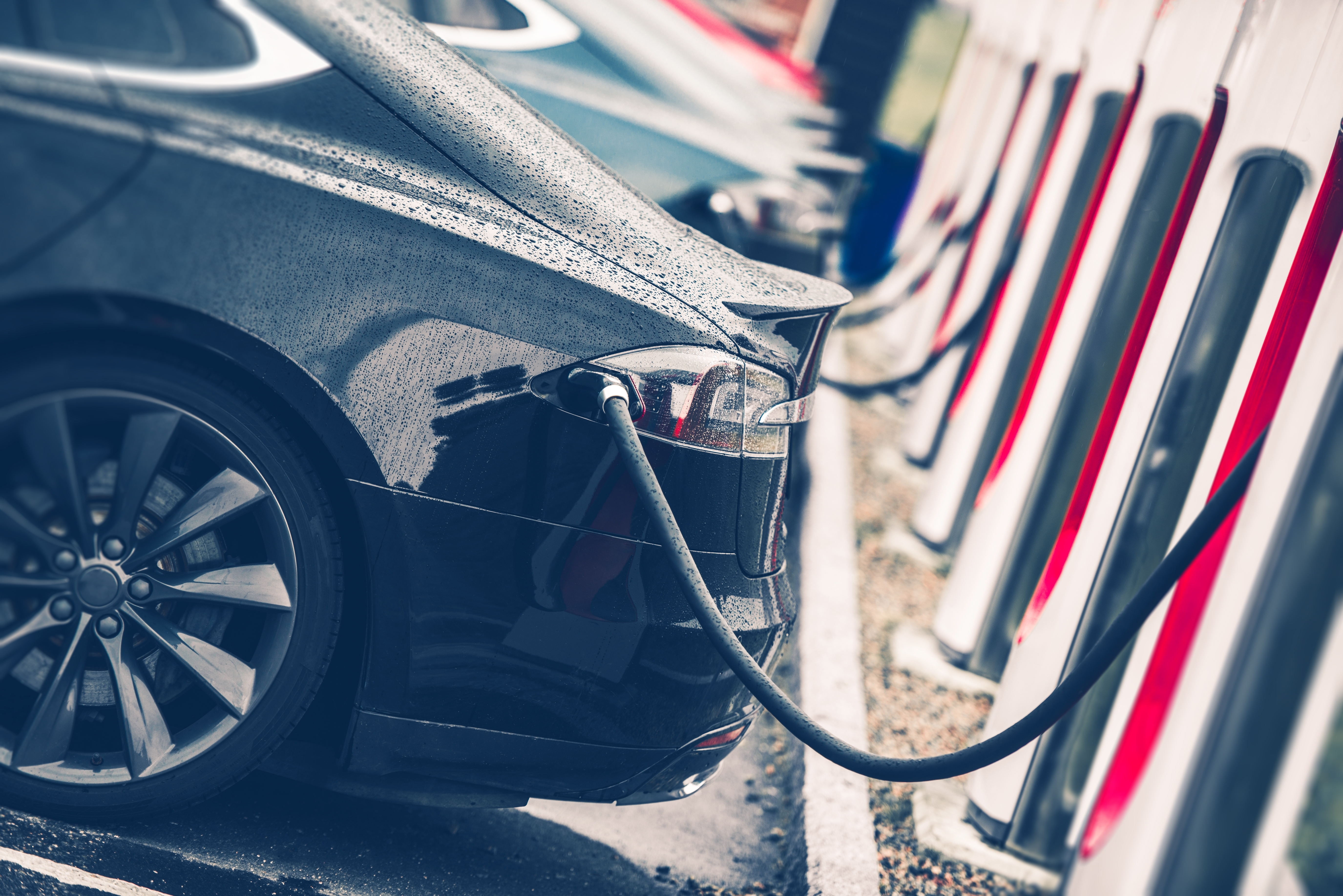 Here’s What You Need To Know About DC Fast Charging

It’s the fastest way to replenish an EV’s battery, but there are limits to the system.

Though most electric-vehicle owners keep them charged at home, there are times when it’s essential to replenish the battery while on the road.

Thankfully, the number of public EV charging stations is growing fast. Published reports suggest that there were close to 60,000 public chargers up and running in the U.S. by the end of 2018. They’re typically installed in apartment building and public parking garages, retail parking lots, at new-car dealerships, and even on some urban streets, with most located in areas with higher EV penetration.

Most public chargers, however, are still limited to 240-volt charging, known as Level 2, which makes them most worthwhile for “topping off” an EV’s battery while shopping, dining, or running errands. (Ordinary 110-volt house current is Level 1 charging.) Unless you have half a day or more to remain tethered to a Level 2 unit, a better choice is to find a station that affords ultra-high-power Level 3 charging, which is also called DC Fast Charging. This is the quickest system of all, being able to bring a given EV’s battery back up to 80 percent of its capacity in around 30-60 minutes, depending on the vehicle and the ambient temperature (a cold battery charges slower than a warm one).

That makes seeking out Level 3 charging essential for anyone who’s taking a road trip or is otherwise traveling outside of his or her comfort zone when it comes to their EV’s operating range. A number of websites and smartphone apps feature interactive maps that show the locations and networks of public charging stations, what type of charging they support, and even whether or not they’re currently in use.

A number of initiatives and partnerships have been announced that will expand the number of Level 3 chargers across America. The EVgo charging network is one of the most aggressive in this regard, with more than 1,100 public fast chargers running in 66 metropolitan areas across the U.S. and over 100 new units currently under construction. Another network, Electrify America, is planning to install more than 2,000 DC Fast Chargers at nearly 500 sites in metro and highway locations across 40 states and 17 major cities. Meanwhile, ChargePoint, the nation's largest charging network maintains around 60,000 charging spots in 43 states, and though only about 1,000 are Level 3 spots expansion plans are in the works.

Level 3 charging at a public power station can be initiated via either the access card a network gives to its members or its smartphone app, with payment linked to a debit or credit account, or a contactless credit card.

Charging sessions are typically limited in terms of time. For example, EVgo limits active connections to 30-60 minutes (or when a battery reaches full capacity). There’s a good reason for this. Once an EV’s battery reaches a certain level of its capacity, which can be anywhere from 60 to 85 percent depending on the vehicle, charging essentially slows to what would then become expensive Level 2 operation.

Note that DC Fast Charging uses multiple connector configurations. Most models coming from Asian automakers use what’s called a CHAdeMO connector (Nissan Leaf, Kia Soul EV), while German and American EVs use the SAE Combo plug (BMW i3, Chevrolet Bolt EV), with many Level 3 chargers supporting both types. Tesla uses a proprietary connector to access its Supercharger network, which is limited to its own vehicles. Tesla owners can, however, use other public chargers via an adaptor that comes with the vehicle. You can find what type of connector a given Level 3 station uses via the aforementioned charger-locating websites and apps.

While there are still many Level 2 chargers out there that are free to use, you’ll have to pay for Level 3 charging, and it’s not especially cheap. Charging rates can be based on a per-minute or per-kWh (kilowatts per hour), depending on state regulations, and can vary from one provider to another and/or according to local supply and demand.

As an example, we found the EVgo network charging $0.29 a minute for DC Fast Charging in the Chicago area. At that rate, a 30-minute session that we’ll assume puts 80 miles of range back into a given EV’s battery would cost $8.70. That’s $2.72 to travel 25 miles. By comparison, the Environmental Protection Agency estimates it would cost the owner of a 36-mpg Toyota Corolla $1.58 to travel the same distance running on regular-grade gasoline at $2.28 a gallon. Home charging is still the most-frugal alternative, however, with the EPA estimating an operating cost of $0.92 at average electricity rates to pilot a Chevrolet Bolt EV for 25 miles.

If you use Level 3 charging regularly, you can often obtain lower rates by paying a monthly up-front advance fee. Also, certain models may be eligible for charging perks. For example, EVGo offers free charging for two years to buyers of the BMW i3 or Nissan Leaf in select markets. While Tesla buyers used to be eligible for free Supercharger use, the automaker dropped that benefit for new owners as of last November.

Be sure to check out MyEV.com for extensive information on other aspects of electric vehicle shopping and ownership. We’re also the Internet’s premier marketplace for pre-owned electric vehicles, with 100 percent free listings for sellers.