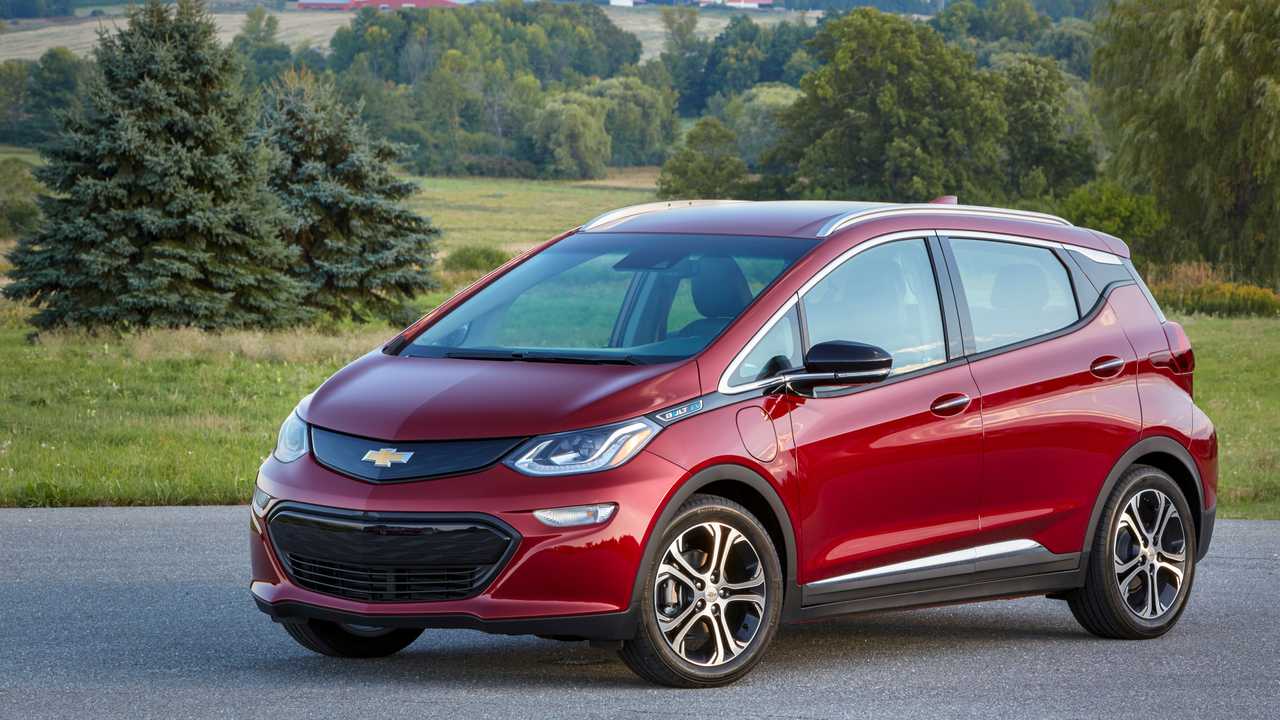 Best Alternatives To Buying A Tesla

There are other worthy entries in the market if you don’t care to follow the crowd.

Tesla has arguably been the auto industry's darling the last few years, and can be credited with making electric cars “cool,” especially among upscale consumers. The Model S was a home run when it debuted for the 2012 model year, and the Model 3 now outsells all other EVs combined. The coming Model Y compact crossover SUV could quickly become the brand's most popular offering. But Teslas are expensive, even by electric-vehicle standards, and they no longer benefit from the full $7,500 federal tax credit granted to EV buyers and lessees. It’s down to $1,850 and will drop to zero at year’s end.

Fortunately, there are worthy alternatives to the Tesla models in the growing EV marketplace. Some may not carry the same level of brand cachet, but they’ll deliver pleasing levels of performance and accommodations. Here’s a look at three EVs that can go head-to-head with the Tesla Model 3, Model X, and Model S:

The Chevrolet Bolt EV may not be as stylish as the Tesla Model 3, and it lacks that model’s flashy electronic dashboard, but it nonetheless delivers the goods at a lower price. Like the Model 3, but unlike its nearest competitor, the Hyundai Kona Electric, the Bolt EV is available nationwide.

The Tesla Model 3 sedan starts at $38,990 for the rear-drive Standard Range Plus model. Its 50 kWh battery delivers an estimated operating range of 240 miles on a charge. Generating 258 horsepower, the Model 3 can accelerate from 0-60 mph in 5.3 seconds. The Environmental Protection Agency (EPA) rates it at the electric equivalent (MPGe) of 140/124 MPG city/highway. It seats five and features 15 cubic feet of cargo space. A long-range all-wheel drive model starts at $47,990, with a Performance version at $54,990. As with all Teslas, the Autopilot semi-autonomous driving system is optional 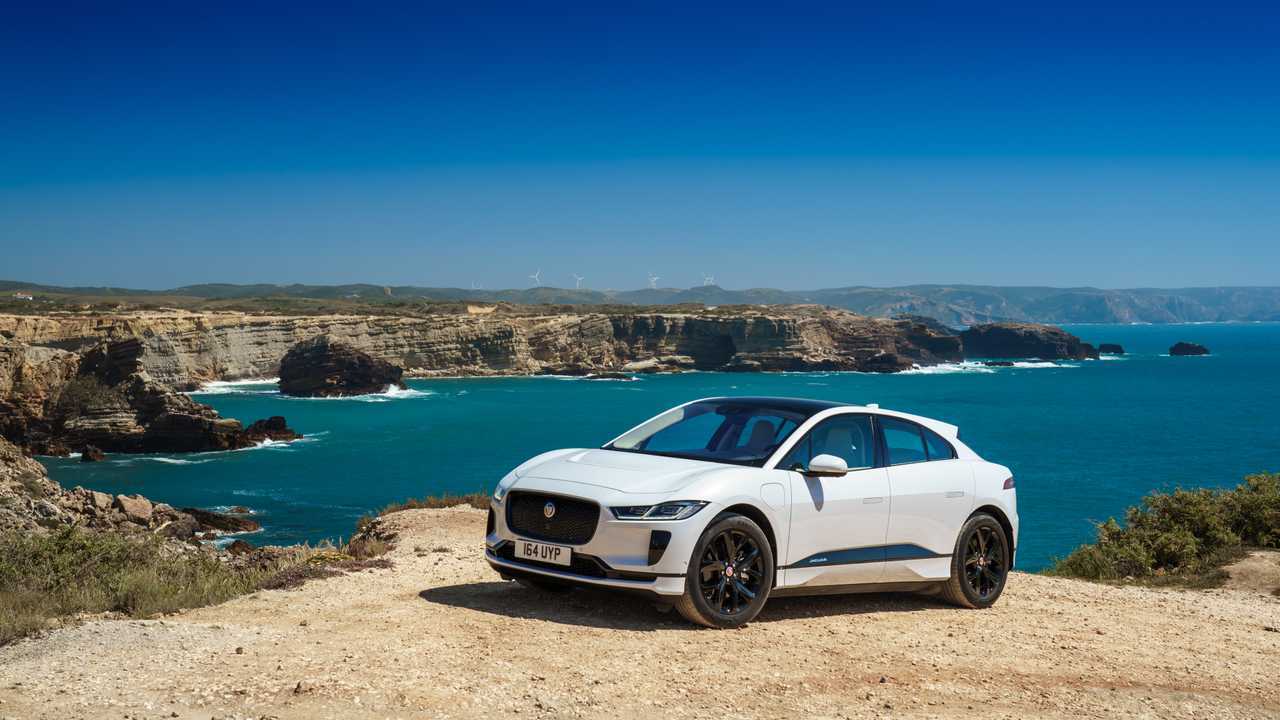 The new-for-2019 Jaguar i-Pace stands as the closest competitor to the Tesla Model X among full-electric sport-utility vehicles. Both come with hatchbacks at the rear and feature expressive exterior styling, with the Model X featuring vertically opening doors for added visual effect. Each comes with all-wheel-drive, and both are far sportier to drive than the average utilitarian people mover. Of note, while EVs generate no operating sounds of their own, Jaguar pipes in a whooshing sound tuned according to acceleration and deceleration.

The Tesla Model X crossover SUV starts at $84,990 in its base Long Range trim. It packs a 100 kWh battery that enables an estimated 325 miles on a full charge. With its dual-motor AWD system generating 325 horsepower it can reach 60 mph from a standing start in 4.4 seconds. The EPA rates this version of the Model X at 99/93 MPGe city/highway. The Model X can seat up to seven riders and offers as much as 88 cubic feet of cargo room. Model X buyers are eligible for unlimited free charging at Tesla Supercharger stations. A slightly quicker Performance model is also available that starts at $104,990.

The Jaguar i-Pace crossover SUV is base priced at a more affordable $70,495. Here, a 90 kWH battery pack delivers an estimated 234 miles on a charge, which is about 90 fewer than the Model X, but is well within the daily range of most drivers. It’s dual-motor AWD system generates 394 horsepower and can accelerate the vehicle from 0-60 mph in 4.5 seconds, which is equivalent to the Tesla The i-Pace is EPA-rated at 80/72 MPGe. It can seat five and accommodate 51.0 cubic feet of cargo. In addition to the base S model, the i-Pace is offered in SE, and HSE trim levels that top out at $81,495. 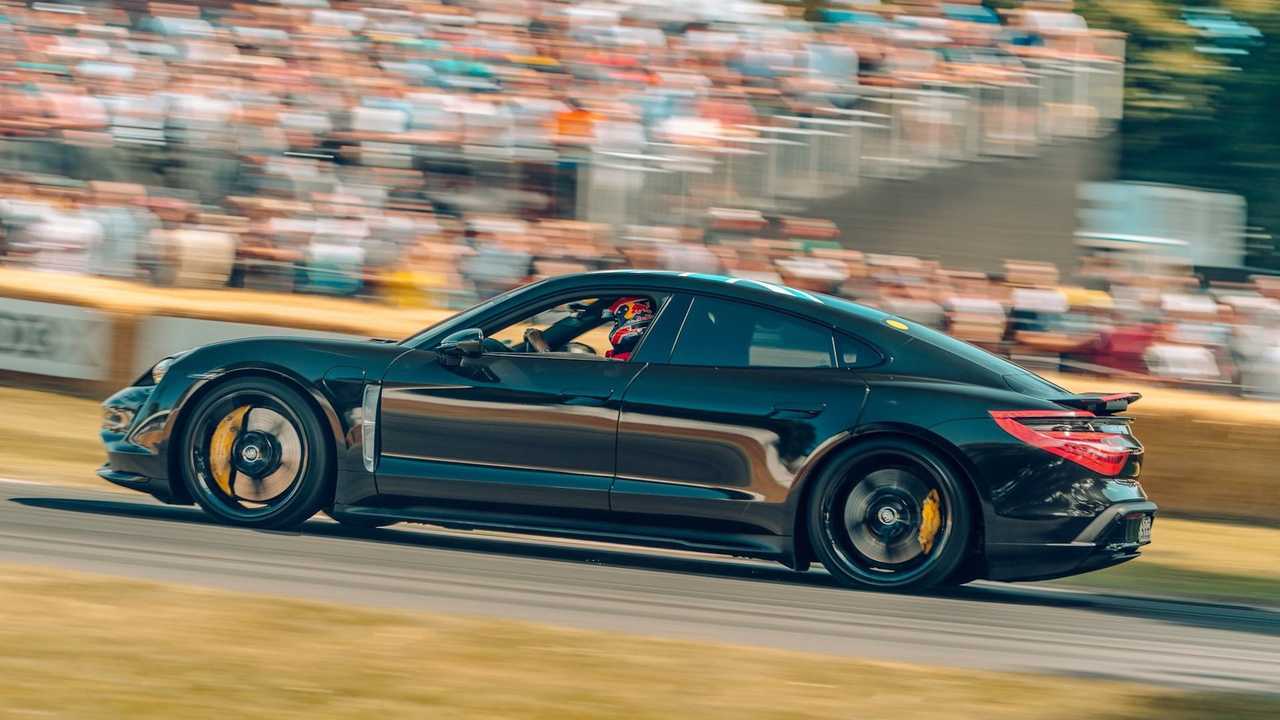 While the Tesla Model S stands alone for 2019 as a quick and ultra-sporty four-door full-electric luxury sedan, a close competitor will debut for the 2020 model year, the Porsche Taycan. Porsche says the name is derived from two terms of Turkic origin, and can be roughly translated as “soul of a spirited young horse.” It looks like a sleeker version of the automaker’s Panamera with well-balanced proportions and Porsche styling cues. Like the Model S, it will rely heavily on touchscreen displays inside. Preliminary specs indicate it will be similar in size to the Model S, though full details remain sketchy.

The Tesla Model S sedan starts at $79,990 for the base Long Range model. Its 100 kWh battery pack provides an estimated 370 miles on a charge. A dual-motor AWD system generates 518 horsepower, which enables a sprint to 60 mph in 3.7 seconds. The EPA rates the Model S at 115/107 MPGe. It seats five and features 30 feet of cargo space. It’s also offered in a modestly quicker Ludicrous Performance model that starts at $99,990. Model S buyers can take advantage of unlimited free charging via Tesla’s Supercharger network.

The Porsche Taycan sedan is expected to start at around $90,000. Porsche is targeting an operating range of over 300 miles with its 96 kWh battery pack fully charged. A dual-motor AWD powertrain will reportedly generate around 600 hp, which will enable the Taycan to reach 60 mph in 3.5 seconds. It will come with a 350 kWh rapid charging system that will allow around 180 miles of range to be added in as little as nine minutes via compatible public stations. It will seat five and eventually be offered in multiple versions. Taycan buyers will receive three years of unlimited 30-minute charging sessions via the Electrify America network.

2020 Kia NIRO EV Battery electric vehicles (BEVs) have a battery instead of a gasoline tank, and an electric motor instead of an internal combustion engine (ICE).