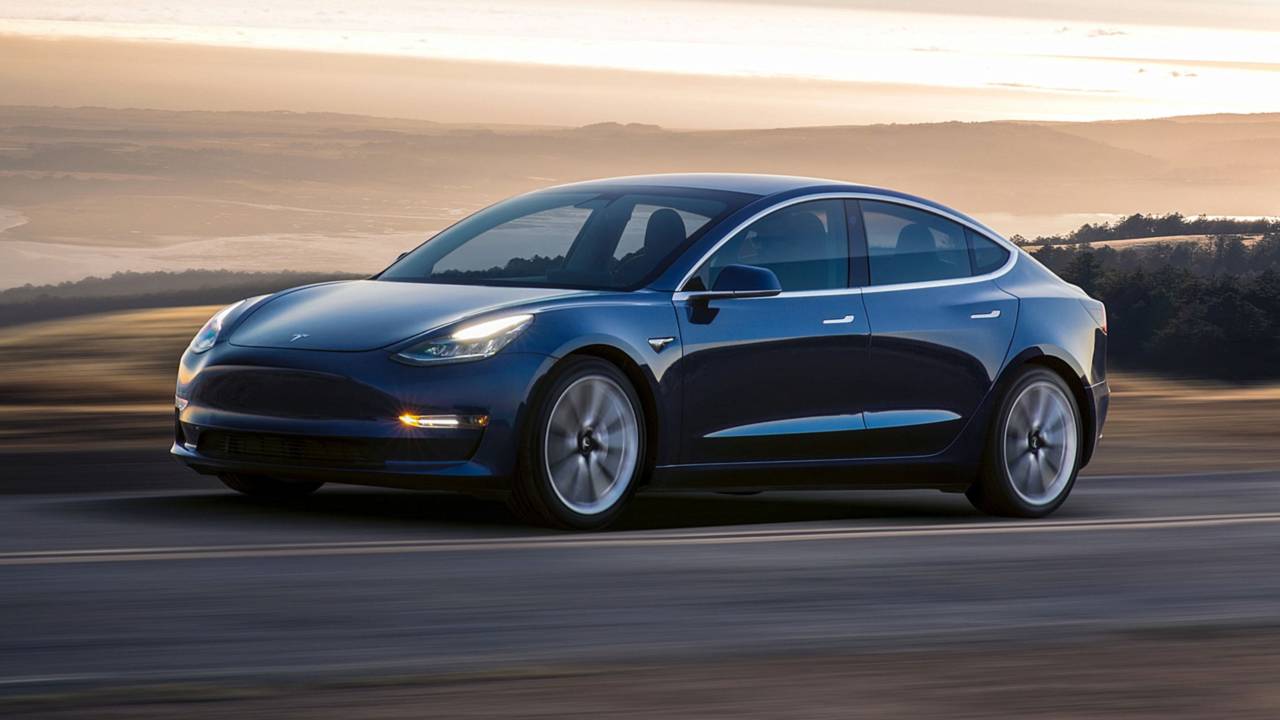 Here are the EVs that are electrifying America.

According to published reports, around 114,200 full-electric vehicles were sold in the U.S. through the first eight months of 2018. If we include plug-in hybrid models, the total of all electrified rides delivered to customers reached a record-high 190,046 units during that period. While that represents steady growth, EV sales still stand at a slim percentage of all light-duty vehicle sales. According to estimates from Edmunds.com, the industry sold a total of around 11.2 million cars and trucks in the U.S. through the end of August.

The five most-popular EVs in America during 2018 come from Tesla Motors, General Motors' Chevrolet division, and Nissan. We’re featuring them in the attached slideshow. Unfortunately, since neither Tesla nor GM releases their sales figures on a monthly basis we have to rely on projections that come from the web site InsideEVs.com. All prices noted are for base models and include the manufacturer’s destination charge.

EV sales are expected to rise exponentially in the coming years, with an onslaught of new models in the works packing increasingly cheaper and longer-range batteries. According to report issued earlier this year by Bloomberg New Energy Finance, plug-in vehicles could represent as much as 35 percent of new light-duty vehicle sales by 2040. 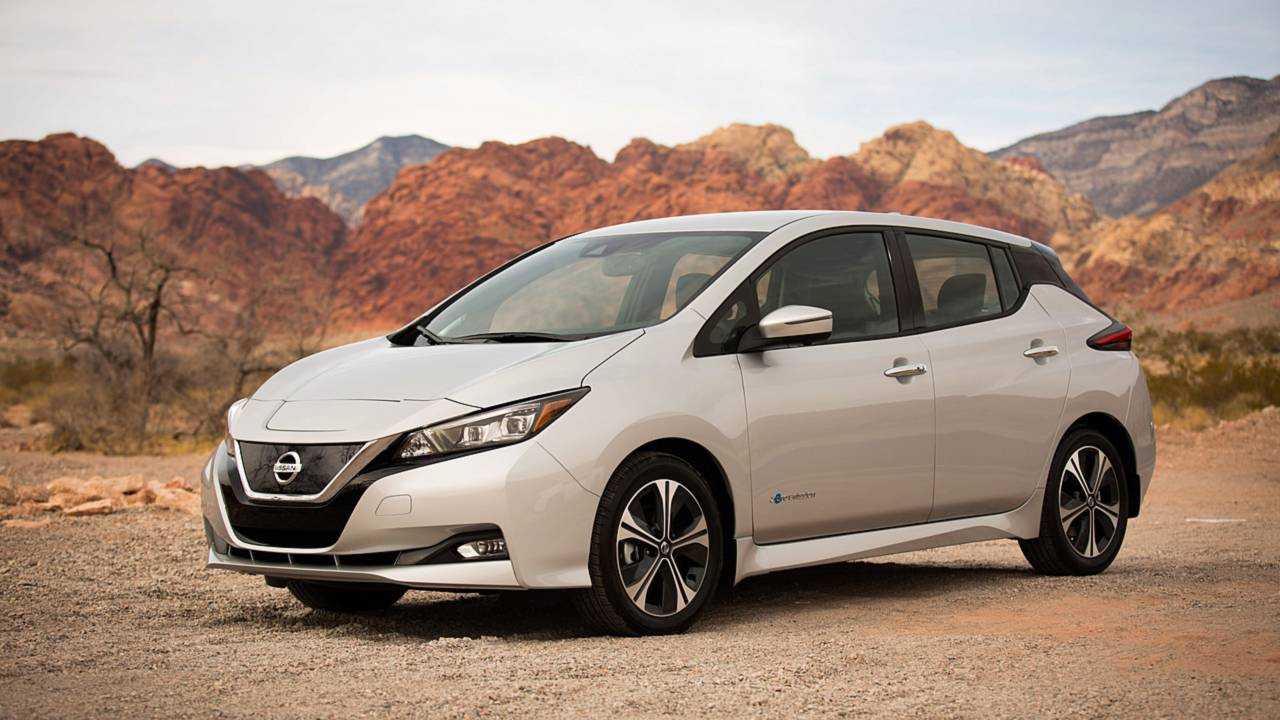 One of the industry’s most popular electric cars since it debuted foe the 2011 model year, the Nissan Leaf registered 9,123 sales through the first eight months of 2018, according to InsideEVs.com. It’s been redesigned for 2018 and can operate for an estimated 151 miles on a charge. Its electric motor generates the equivalent of 147 horsepower with 236 pound-feet of instantaneous torque. Strong regenerative braking enables “one pedal” driving that can slow down, and even bring the car to a full stop at slower speeds, simply by taking one’s foot off the accelerator pedal. The Environmental Protection Agency rates it at the electric equivalent (“mpg-e”) of 125/100 (city/highway) mpg. MSRP: $30,885. 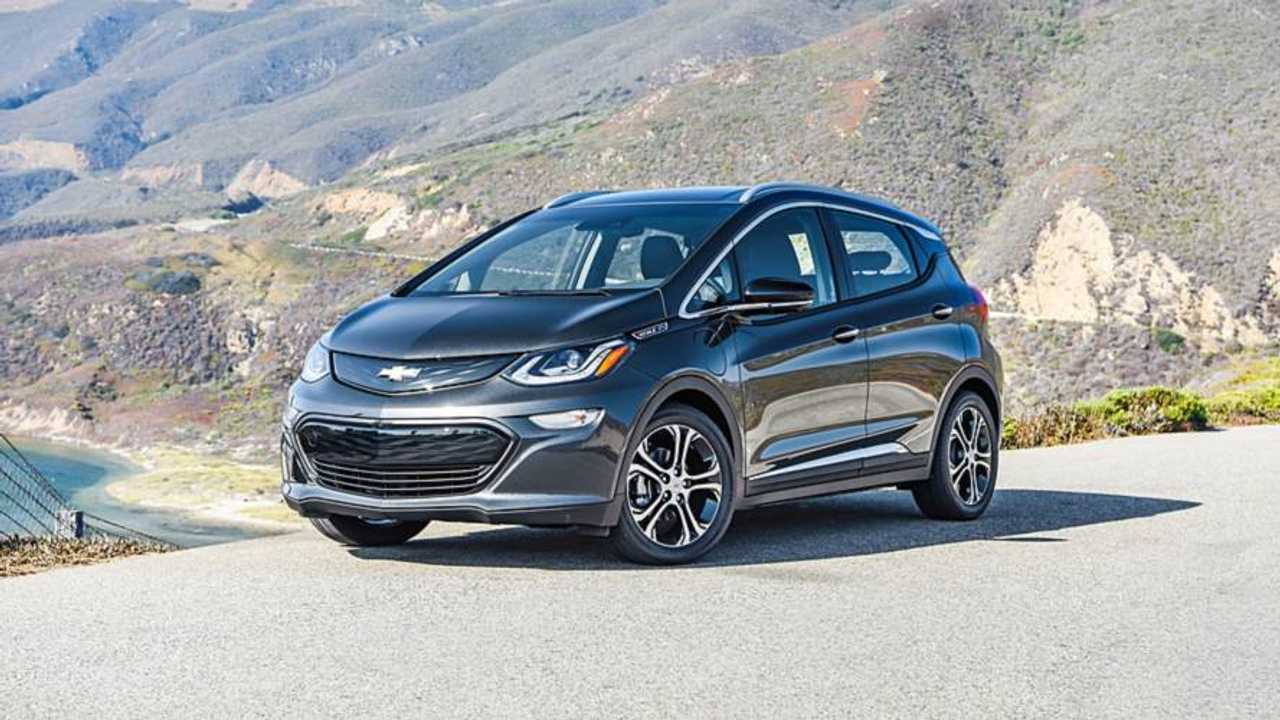 A small hatchback with a roomier-than-expected interior, the Chevrolet Bolt EV is still new to the market, but is growing in popularity. Chevy sold an estimated 10,258 units in 2018 through the end of August. An overall peppy performer, its electric motor produces the equivalent of 200 horsepower with 268 pound-feet of torque. It can run for an estimated 238 miles on a charge. Like the above Nissan Leaf, the Bolt EV affords “one pedal” driving, but motorists can alternatively dial down the regenerative genitive braking for a more-normal feel. It’s rated at 128/110 mpg-e. MSRP: $37,495. 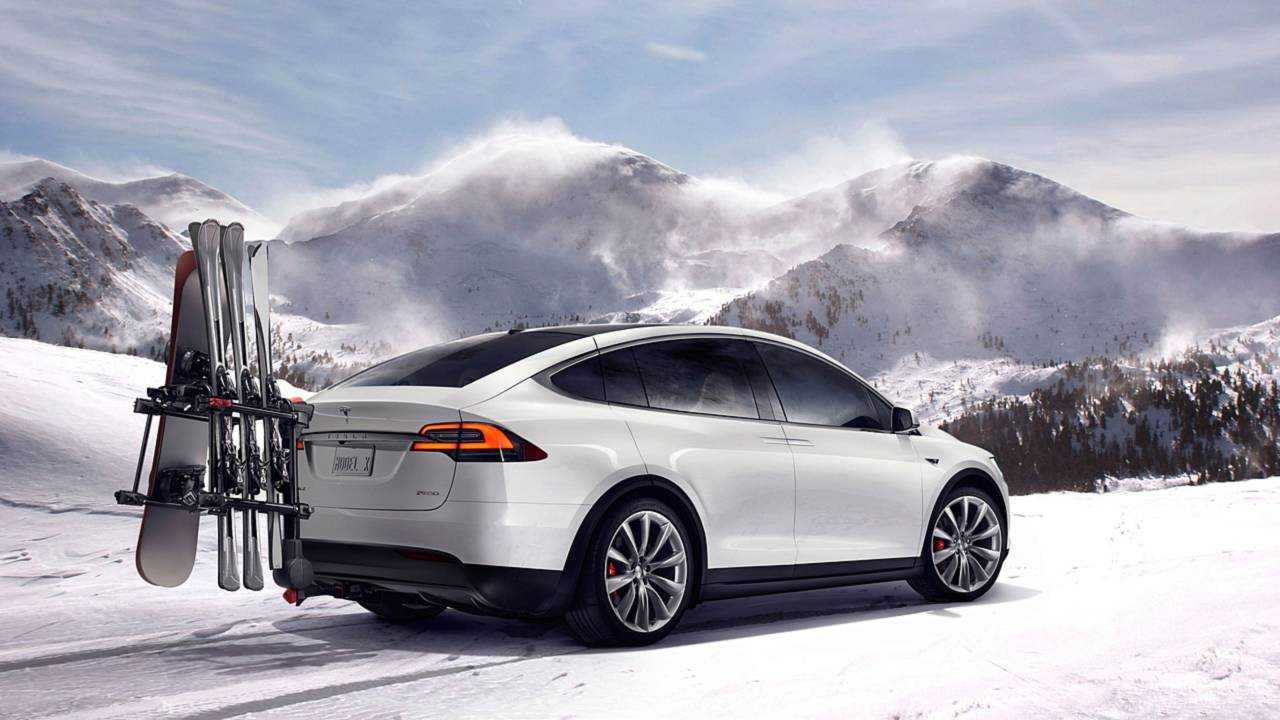 A swoopy-looking electrified crossover SUV, the Tesla Model X is adorned with distinctive vertical opening doors, both for a distinctive look and to make entry and exiting in crowded parking lots easier. Tesla reportedly delivered 13,600 units during January-August 2018. In its base 75D version, the Model X can travel for an estimated 237 miles on a charge, with the 100D able to reach 295 miles. The top P100D can run for 289 miles on a charge and it’s powerful  enough to reach 60 mph in a mere 2.9 seconds, which is something the average SUV can’t approach. All-wheel-drive comes standard, with the nearly self-driving Autopilot system optional. The EPA rates the base version at 91/95 mpg-e. MSRP: $80,700. 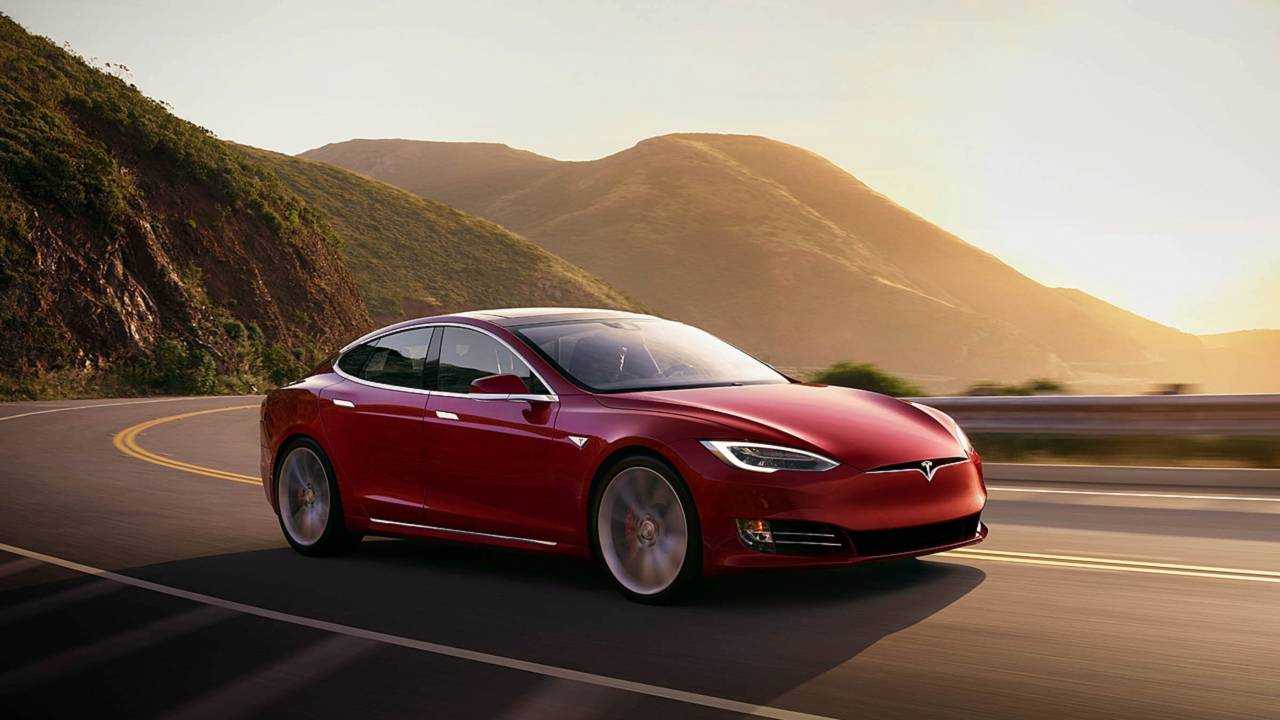 The best-selling Tesla EV to date, the Model S has been available since 2012 but looks fresh with its sleekly minimalistic styling. Its tablet-like 17-inch display at the center of the dashboard has since been copied by other automakers. It can seat five adults and two kids, the latter via an available rear-facing third-row seat. The self-driving Autopilot system is optional. The base 75D model can run for 269 miles on a charge, while the 100D can go for an average 335 miles; the top P100D model boasts a 315-mile range and can make the leap from 0-60 mph in a sudden 2.5 seconds. All-wheel-drive comes standard. The base version is EPA-rated at 102/105 mpg-e. MSRP: $75,700. 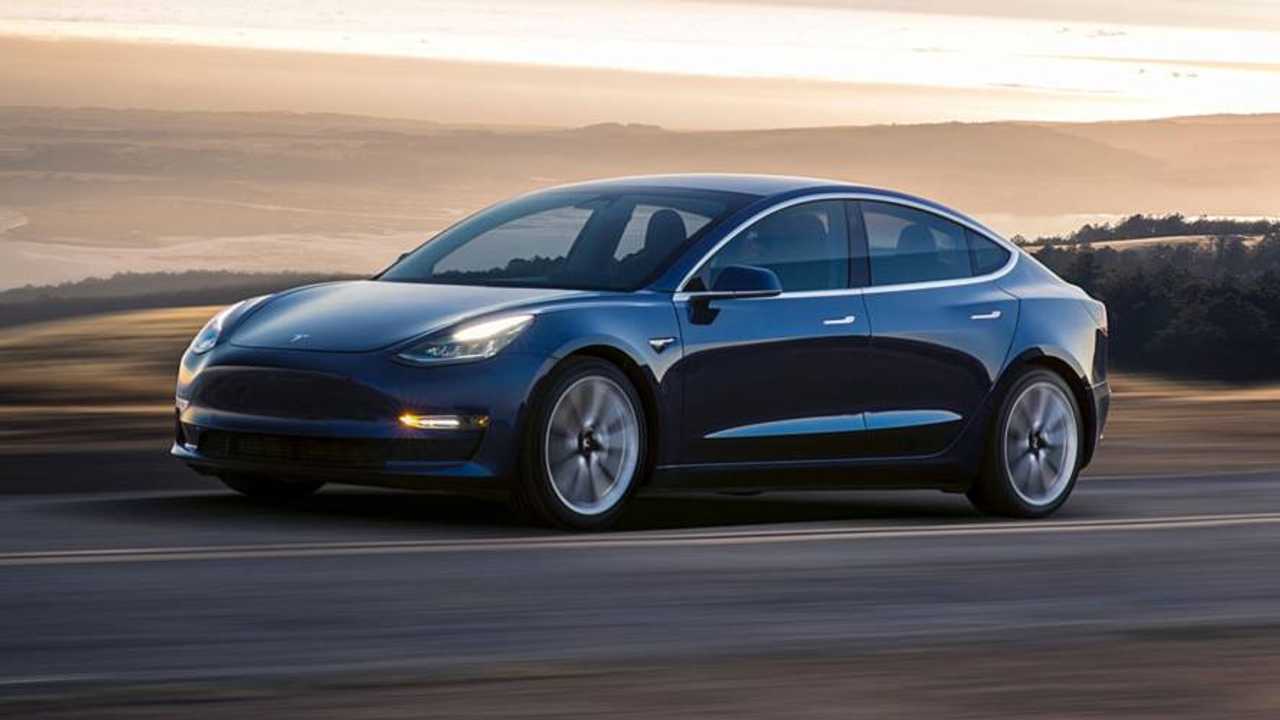 Now that the automaker is working out its manufacturing issues, the compact Tesla Model 3 sedan has fast become the nation’s top-selling EV. The upstart automaker sold an estimated 55,882 units in 2018 through the end of August. That’s more than the next five best-selling EVs combined. It can run for around 215 miles on a charge, and that’s bumped up to 310 miles when equipped with its available long-range battery. The top Performance model can accelerate from 0-60 mph in a sports car-like 3.5 seconds. All-wheel-drive is optional on the base version and is included with the Performance version; like the other Tesla’s, it can be equipped with the nearly self-driving Autopilot feature. The Model 3 is rated at 136/123 mpg-e (120/112 mpg-e with all-wheel-drive). MSRP: $50,200.

2019 Tesla Model X Battery electric vehicles (BEVs) have a battery instead of a gasoline tank, and an electric motor instead of an internal combustion engine (ICE).

You can find this 2019 Tesla Model X, AWD, Loaded!! 75D and many others like it at Maserati of Bergen County. Only the CARFAX Buyback Guarantee can offer you the comfort of knowing you made the right purchase. A test drive can only tell you so much. Get all the info when you purchase a vehicle like...

Mosaic Black Metallic 2020 Chevrolet Bolt EV Premier Electric Drive Unit 1-Speed Automatic FWD CARFAX One-Owner. 127/108 City/Highway MPG If you are asking what is my car worth? We can answer that! If you are looking for your next New Chevrolet, Used Car, Truck or SUV we have them! Bravo Chevrole...

2019 Audi e-tron Battery electric vehicles (BEVs) have a battery instead of a gasoline tank, and an electric motor instead of an internal combustion engine (ICE).